When the designers now working on the Mythic Monster series for Legendary Games were creating the mythic monsters for the Pathfinder RPG Mythic Adventures hardback, one of our charges for design was to make abilities that were “cinematic” – things that would make great special effects if the monster were in a movie, or that were impressive and impactful in a way that made folks at the table say “WOW”! In the end, however, hardback book publishing is a battle of space, and a lot of those wahoo abilities ended up getting cut from the final turnover because there was just too much good stuff. Also, for good or ill, some of those new abilities were replaced by reprinted abilities from the already-published bestiaries or for seemingly self-explanatory abilities like water breathing, but in a product that is primarily PDF (though we definitely have print plans for this product line down the road), we can be a bit more free with our word count.

Some mythic abilities grant a creature an existing standard monster ability, like rend or trample, or even an ability that is normally a class ability like evasion or sneak attack, or even feats it might not normally be able to use. Some might grant one of the new mythic Universal Monster Rules, like dual initiative or feral savagery. Those abilities are nice and often needed to really make a monster’s mechanics live up to its flavor text, and you will find some of those abilities here, but my directive to all the designers was that at least half (if not more) of the mythic powers should be new, fun, exciting, and ostentatiously mythic.

In some cases, a new mythic power is a jazzed up version of one of the monster’s existing special abilities. Take the ordinary balor’s entangle ability, which is modified as follows:

Dragging Lash (Ex) If a mythic balor strikes a Medium or smaller foe with its whip, it balor can immediately attempt a grapple check without provoking an attack of opportunity. If the balor wins the check, it draws the foe into an adjacent square. The foe gains the grappled condition, but the balor does not. If the target is Large, the balor instead may attempt a drag combat maneuver as a free action that does not provoke attacks of opportunity; a Large target gains the grappled condition only if dragged into an adjacent square. Larger creatures are unaffected. If the target is protected by a spell or spell-like ability (including the effects of magical items) that provide freedom of movement or a similar effect that prevents grappling, a mythic balor can spend one use of its mythic power as a swift action while making this grapple check to use greater dispel magic to negate that effect; this dispelling does not affect other effects. This ability replaces entangle.

In other cases, the ability is entirely new, like this ability for the mythic succubus:

Dark Mistress (Su) A mythic succubus can expend two uses of mythic power as a full round action to force a mortal creature or another demon within 30 feet to fall madly in love with her, as if the creature consumed a philter of love (DC 23 Will negates). The creature’s attitude toward the mythic succubus becomes helpful. If a romantic attraction is possible toward the mythic succubus, the creature falls in love with her. Otherwise, the creature’s love is a platonic adoration. This is a curse effect and is permanent. It cannot be dispelled but can be removed with break enchantment, limited wish, miracle, remove curse, or wish. The save DC is Charisma-based. 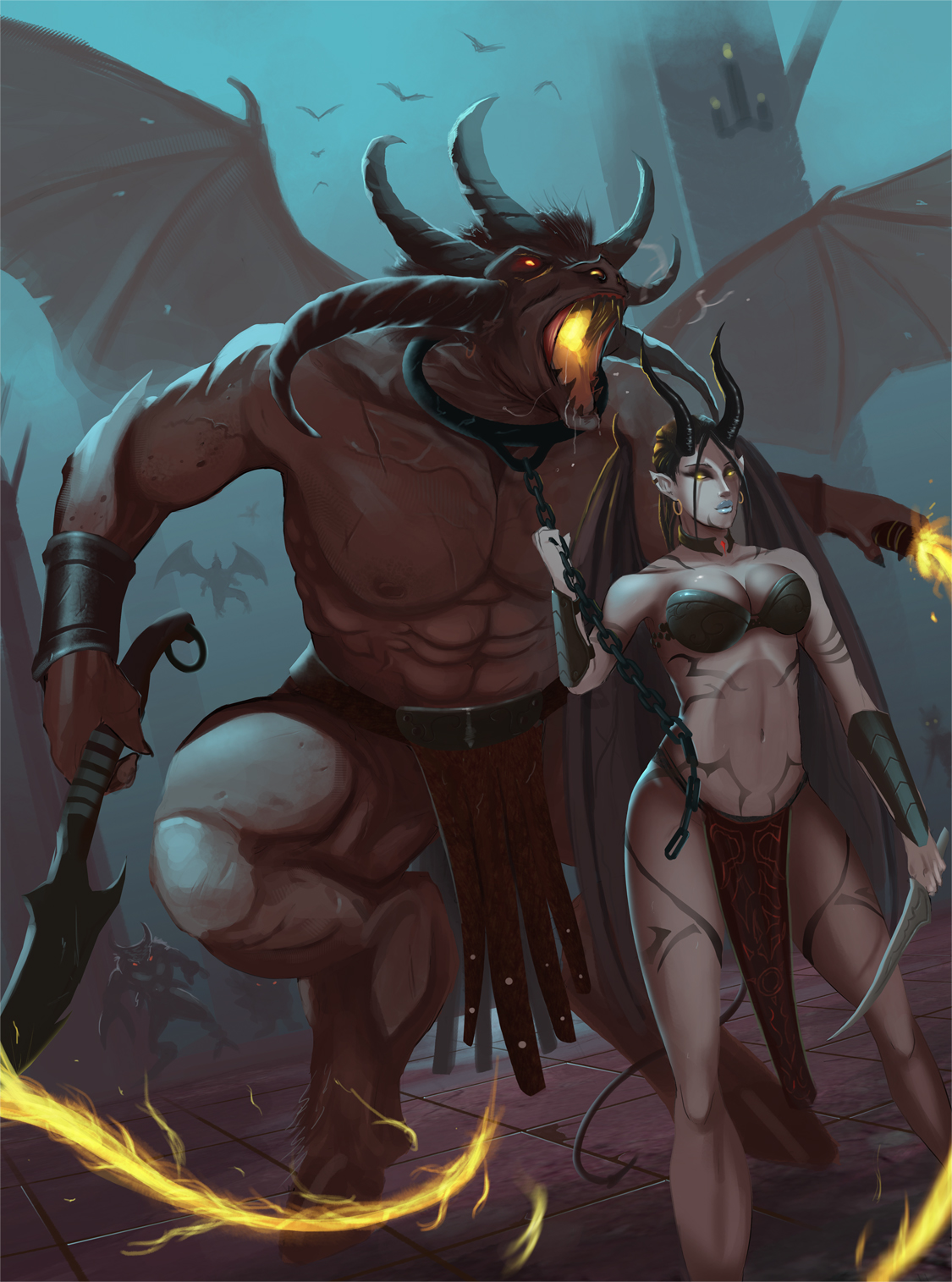 118 thoughts on “What does a mythic demon ability look like?”