Skip to content
Home » Design Team » This monster is RIGGed!!!

And by rigged I mean unfair, and by unfair I mean deadly, and by deadly I mean “DEAR LORD IN HEAVEN WHAT IS THIS THING EATING MY CHARACTER?!?!?!?!” That’s exactly the kind of reaction you want when you bust out one of the creatures from our Mythic Monsters series on your unsuspecting players. Alistair Rigg, well known Down Under for his work with the Australian Pathfinder Society, also has a keen eye for detail and a great sense for the Pathfinder RPG, and he lent his aid to fellow Aussie Matt Goodall in creating our delightful adventure, Horns of the Hunted, and he went on from there to help with proofreading a number of our products. Sufficiently impressed with his talents, I invited him to join the team on the writing side as well, and Mythic Monsters: Abyssal represents the first fruits of his work in that regard. He created a number of the awful Abyssal horrors in this book, including the brand-new ylrygoi qlippoth, a savage demon-hunting hydra-scorpion-worm. Try saying that five times fast. Along with the magnificently bizarre illustration by Ivan Dixon, I thought you’d like to see some of the disgusting yet deadly special abilities the ylrygoi brings to the table!

Implant (Ex) A mythic ylyrgoi’s stingers contain eggs that it can inject into Medium or larger creatures when it strikes with a sting attack. The target can resist being implanted with a successful DC 24 Fortitude save. If the save is unsuccessful, the egg gestates and becomes a fetal shoggti qlippoth that begins consuming its host after the onset period. When the host is reduced to 0 Con, a shoggti bursts from the host’s body in a shower of viscera and gore, as much a transformation of the host body as a destruction of it. Creatures killed in this fashion can only be restored to life by miracle, wish, or similar magic. The egg or fetal shoggti can be cut free of the host’s body with a successful DC 25 Heal check, which takes 1 hour and deals 3d6 points of slashing damage to the host creature regardless of success or failure. Remove disease (or any similar effect; DC 24) also kills an implanted egg or fetal shoggti.

Ylyrgoi Egg: Infestation—injury; save Fort 24; onset 1 day; frequency 1/day; effect 1d4 Con damage until host dies, then a shoggti emerges. When the shoggti emerges from the host, it is stunned for 1 round. The save DC is Constitution-based.

Well, that does sound pretty awful. But, wait, it does WHAT?

Gestation Aura (Su) A mythic ylyrgoi’s aura accelerates diseases and biological infestations, including pregnancies. All such afflictions and conditions active within the mythic ylyrgoi’s 30-foot aura have the onset time reduced to 1 round and the frequency reduced to 1/minute. Impregnated creatures inside this aura gestate completely in 2d4 minutes. As a swift action once per round, a mythic ylyrgoi can expend one use of mythic power to accelerate the frequency of all diseases and biological infestations, and the gestation period of impregnated creatures by 1 minute. If the affliction is still during its onset period, the onset period automatically ends, and the creature immediately suffers the affliction’s effects. Saves made due to the mythic ylyrgoi’s gestation aura ability do not count toward curing a creature’s original affliction, nor do failures count when determining consecutive saves.

And isn’t that really what life’s all about? 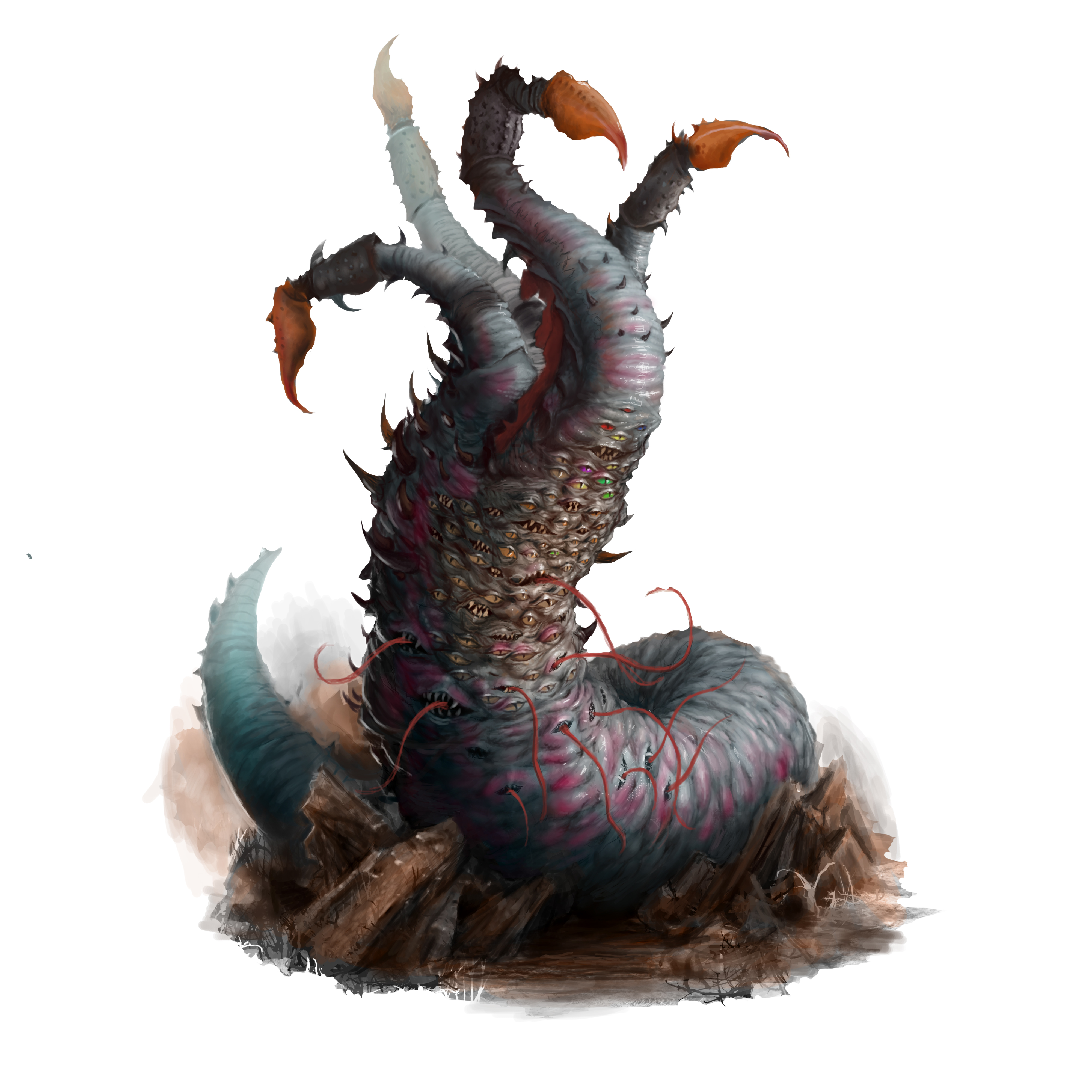 This is what demons tell scary stories about.