The latest addition to our line of magic item products is here, the Treasury of the Orient, featuring over 30 magnificent magic items perfect for any campaign invoking the tropes of Asian culture, myth, and legend! From the cane of butterflies and rod of the monkey king to the prayer scroll amulet and the biting blade of ten thousand blossoms, you’ll find dozens of delights for your players in this product, from alchemical items to artifacts. Pick up the Treasury of the Orient right now at the Legendary Games webstore, Open Gaming Store, Paizo, and DrivethruRPG! 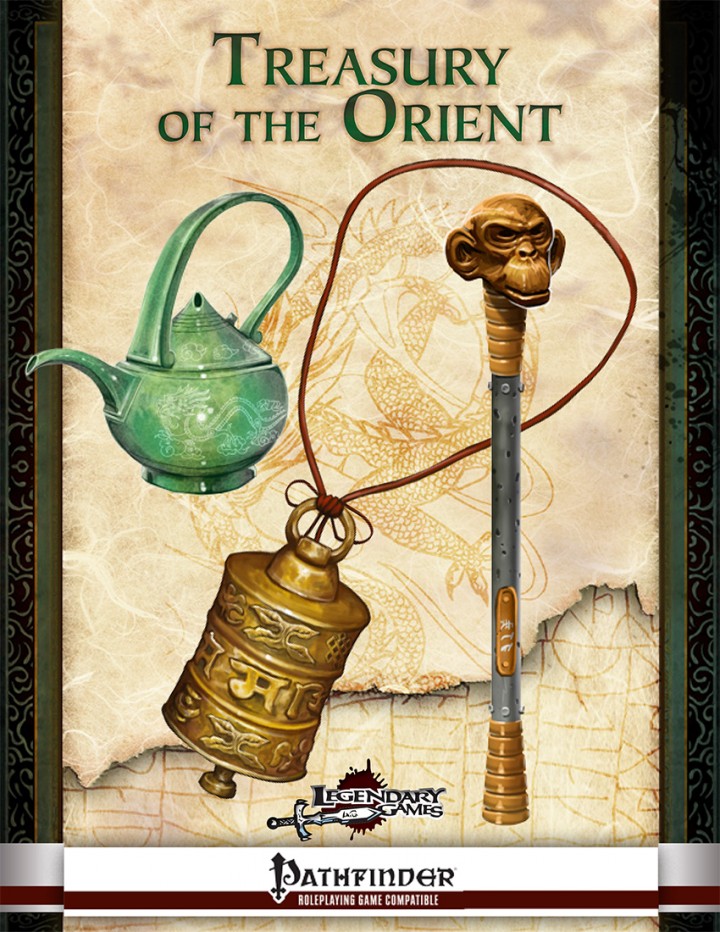 One of the goals for Legendary Games during the rest of 2015 is to get some long-simmering projects finished up and out the door, including revisiting some of our older product lines and tying up some products that have been long in the planning. The first of those is very nearly here, and in fact should be available by the end of tomorrow: Treasury of the Orient! 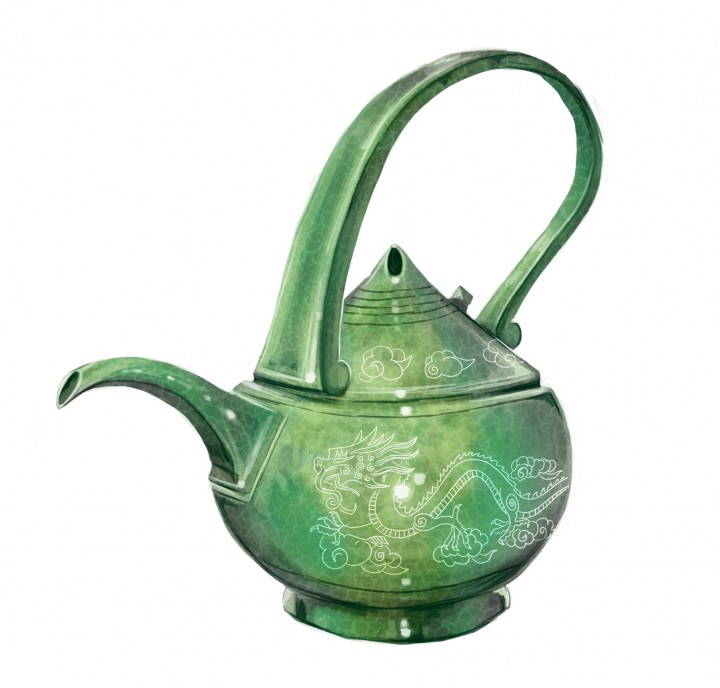 Drawing primarily from the lore and legendarium of China and Japan but with a sprinkling of items inspired by other Asian cultures, the Treasury of the Orient contains over 30 items from weapons and rods to wondrous items of every description.

Rods: rod of the monkey king, rod of shadow puppetry

I’m doing the final edits and development today, and the last art pieces just came in, so barring any complications we should have the Treasury of the Orient available for release tomorrow! Be ready, Sun Wukong the Monkey King wants you to get more treasure!!!