Last week saw the debut of Beasts of Legend: Coldwood Codex (5E), a marvelous monster supplement for the 5th Edition of the world’s most famous RPG, featuring fearsome fey and unholy undead from Challenge 2 to 18! You can pick it up right here at the Legendary Games webstore or wherever fine 5E products are found! 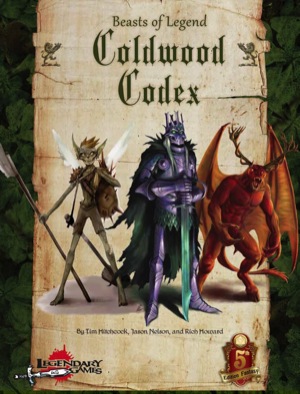 This week, you can take the 5th again, with a brand-new 5E adventure for 6th-level characters: 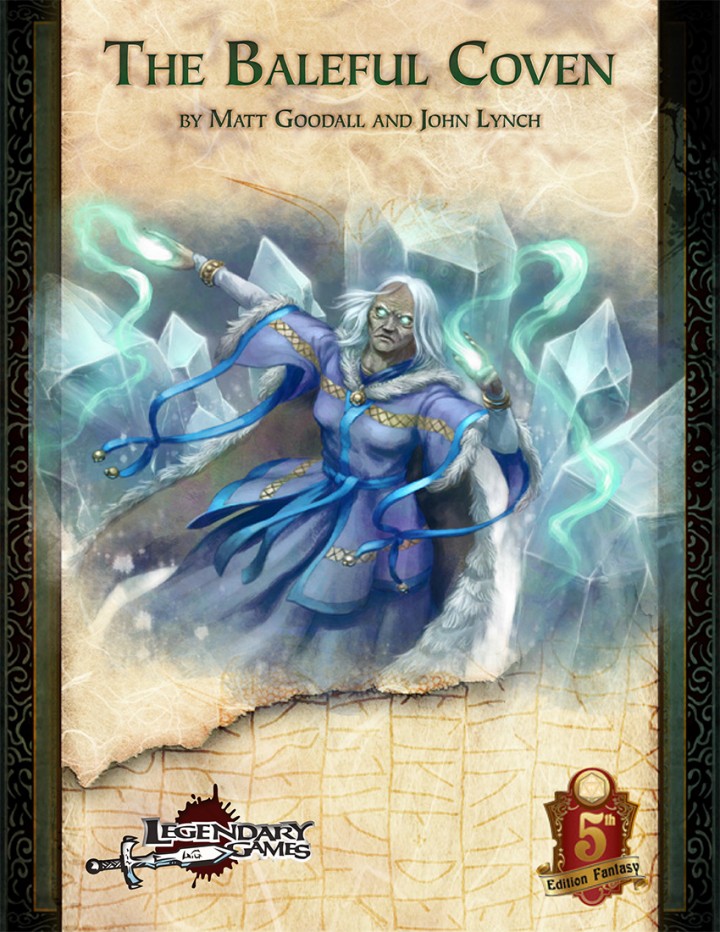 The Baleful Coven is an adventure for 6th or 7th-level characters that brings deadly danger to your heroes as they learn that their crusading heroics sometimes come with a price. Whenever adventurers toast their success after a hard-fought victory, their boots are soiled with the spilled blood of the conquered. Sometimes heroes forget that their enemies had friends and allies of their own, and families, and mothers. You may call them evil, but there is a love stronger than death, and a thirst for vengeance like no other in the heart of a mother weeping over her monstrous brood. What you called heroism, they call horror; what you called valor, they call murder. And they are coming for you, a mother witch and her deadly sisters, drawn from the far corners of the world to bring to life a nightmare world that will swallow your heroes and make them pay. Your characters thought the adventure was over, but the wrath of The Baleful Coven is just beginning.

You can pick up this adventure right here at the Legendary Games webstore and from our partners at the Open Gaming Store, Paizo, and DrivethruRPG!