First of all, we are excited to unleash the latest new world of adventure for you in the epic Legendary Worlds series by Legendary newcomer Joel Flank! In Legendary Worlds: Melefoni, pollution and strife rage on a war-torn water-world between the survivors of a fallen colony and the aquatic natives in this ready-to-play planet, available right now for the Pathfinder Roleplaying Game and soon for both 5th Edition and the Starfinder Roleplaying Game! Grab it today at the Legendary Games webstore, Open Gaming Store, Paizo, and DrivethruRPG! 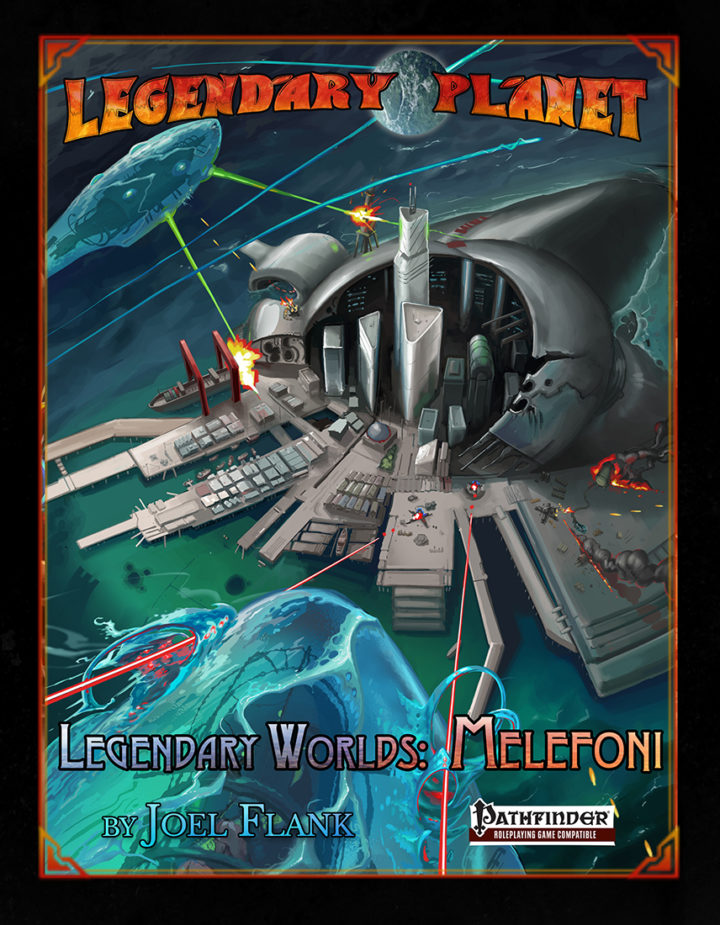 The first installment in this series for 5th Edition, Legendary Worlds: Volretz (5E), is complete and ready for layout, though due to travel and time commitments by our layout staff in and around GenCon, it may not be ready for release until later this month, after the con. We will see if we can get it out for you beforehand, but even if not it’ll be ready for you before the end of August for sure! Similarly, the Starfinder Roleplaying Game versions of both Legendary Worlds books already out are heading to layout soon and will be in the queue for after GenCon.

Speaking of that new game, streaking towards its dazzling debut next week, let’s talk Starfinder! First of all, you’ll find the Starfinder product category logo on our vendor partners at Paizo and DrivethruRPG, as well as on our own site, of course, and this is the place you’ll find the most incredible new products for the Starfinder Roleplaying Game! 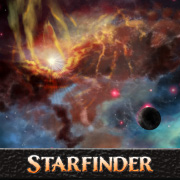 And what will you find there? On launch day, you’ll find the Legendary Planet Player’s Guide and the first installment of the very first 3PP Adventure Path for Starfinder Roleplaying Game, developed and edited by the incredibly talented twosome of Lyz Liddell and Landon Winkler, who also just happened to edit the actual Starfinder Roleplaying Game itself! This new edition of To Worlds Unknown (Starfinder) kicks off the action for your soldiers, solarians, technomancers, and envoys right at 1st level and takes them on a pulse-pounding action-adventure through collapsing prison planets, escaped alien monstrosities, malevolent genetic engineers, and most dangerous of all the corrupt metropolis of a crossroads world!

You can preorder this amazing interplanetary adventure right now exclusively at the Legendary Games webstore, with files and print copies available starting August 17! 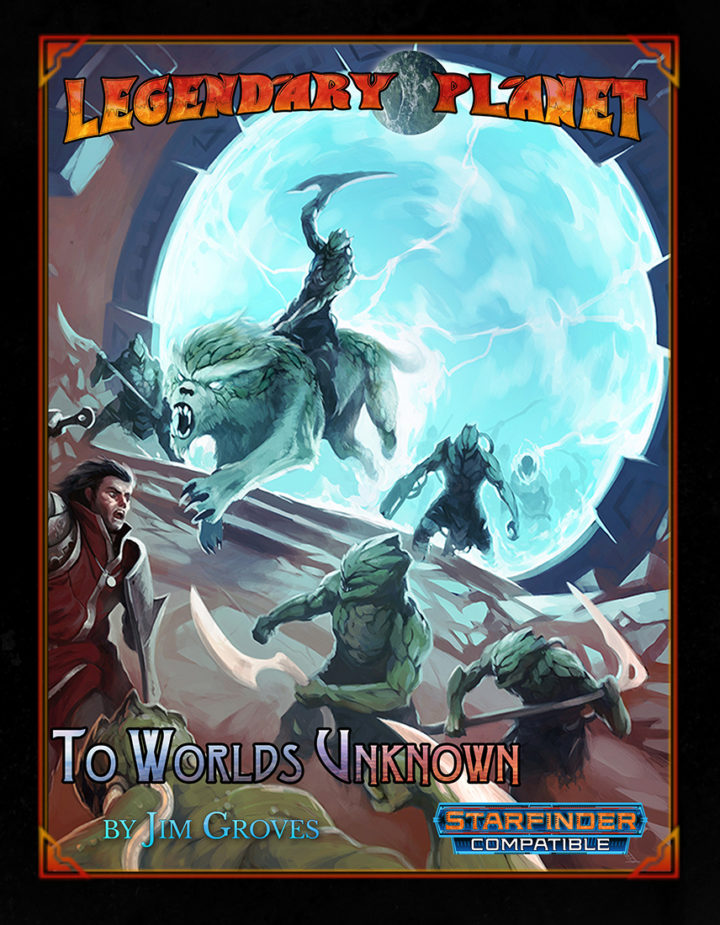 Of course, we have much, MUCH more coming your way soon. In addition to those day-one releases, we have the following books already in production and scheduled for completion in the next month or two:

And we’re not stopping there! Those are just the products ALREADY on the way. Once that wave is up and out, you also can look forward to Starfinder supplements like these:

Of course, that’s just the beginning. There’s a whole universe of adventure out there for the Starfinder Roleplaying Game, and every light-year of it is going to be Legendary!