Skip to content
Home » News » STARFALL and Shadows – Double Halloween Horror for you!

Halloween is all about horror, and when you think horror gaming, you usually think vampires, werewolves, and all the Gothic trappings, but I think we all can agree that movies like Alien and The Thing are unquestionably horror, right? If you like your horror with a touch of the Star Beast about it, Tom Phillips and Mike Welham have masterfully channeled that horror groove to produce the epic adventure Starfall, the latest installment in our Metal Gods Adventure Path Plug-Ins! 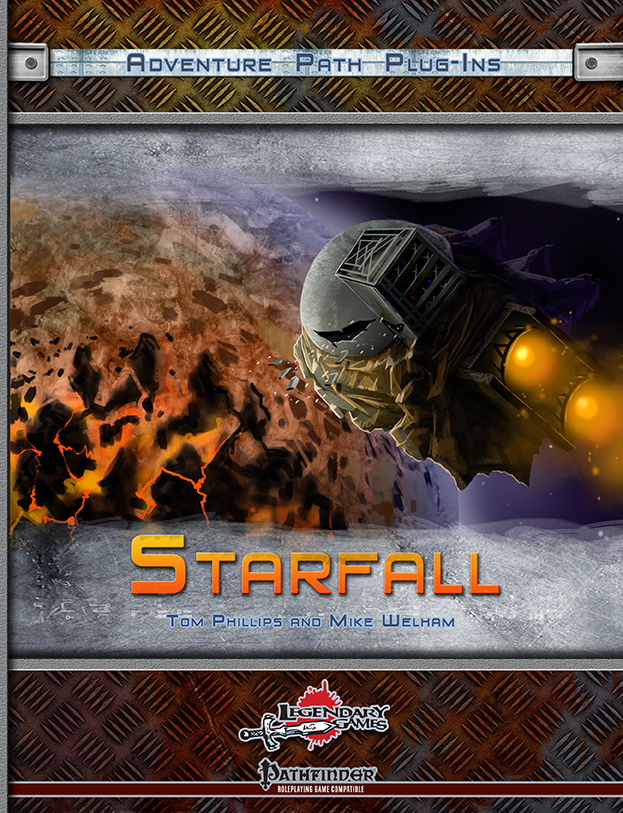 Long in the making, at a whopping 76 pages Starfall is the biggest adventure we’ve ever published, and it beautifully blends sci-fi and fantasy tropes in a terrifying tangle that will have your player’s screaming in terror and begging for more! A mundane mission leads to a marvelous discovery, which turns into a struggle to survive in an alien sanctuary inhabited by an insidious menace hunting good and evil alike… all while plummeting toward a fiery doom! Which way do your heroes want to die?

You can pick up Starfall right here at the Legendary Games webstore and from our friends at the Open Gaming Store, Paizo, and DrivethruRPG!

But wait, because there’s DOUBLE HALLOWEEN HORROR in store for you, as Mythic Monsters: Shadow is now available in wide release! This marvelous monster manual contains a baker’s dozen of nightmarish creatures of shadow and darkness, plus the mythic shadowdancer prestige class! You can pick it up right now at the Legendary Games webstore, Open Gaming Store, Paizo, and DrivethruRPG!