In the immortal words of Paul Harvey: And now…. the reeeeeeeeeeest of the story. 🙂

This terrifying monstrosity has the appearance of a rotting 40-foot-long snake with a dragon’s head and wickedly clawed forearms. It slithers forth on its great serpentine body, slashing and gnashing in a wild, maddened frenzy.

A lithe humanoid with pale green skin and long hair the color of moss splashes in the water, smiling and trilling a lilting, melodious tune. Its lower body tapers into a long, slender eel-like tail the color of a muddy, algae-slicked log.

The overwhelming stench of decay surrounds this gristly walking corpse. Adorned in the jewelry and headdress of an ancient shaman and tattooed with druidic symbols, the creature’s undead flesh rots and peels from its bones.

Floating within a miniature blizzard is a strange nearly disembodied face, resembling an aboriginal ceremonial mask of polished wood and bone, surrounded by a beaded and braided fringe. Cold blue light gleams in its dark eyeholes, and a barely visible emaciated body the size of a doll’s flutters in the wind behind the mask, shrouded in a tattered, diaphanous robe.

Propping itself upon what appears to be a giant scalpel with a heavy wooden mallet and a sack of bloody, barbed needles and tacks slung over its shoulder, this pixie-like creature grins wickedly though its cold grey eyes lie sunken and dead in its withered skull. Bloated maggots slither in and out of its greenish, rotting flesh and cling to its spindly limbs.

If you’ve been paying close attention, you’ve already seen preview images for the totemoq by Jason Juta just a few days ago, and the faleich-wyrm by Tanyaporn Sangsnit back at the beginning of April, when we announced our best sales month ever for March and released that image as a bonus. This time, we’re going to introduce you to one of the newest artists in the Legendary stable, Steve Wood, who presents for your delectation and delightment the sneaky and sinister ugrohter! 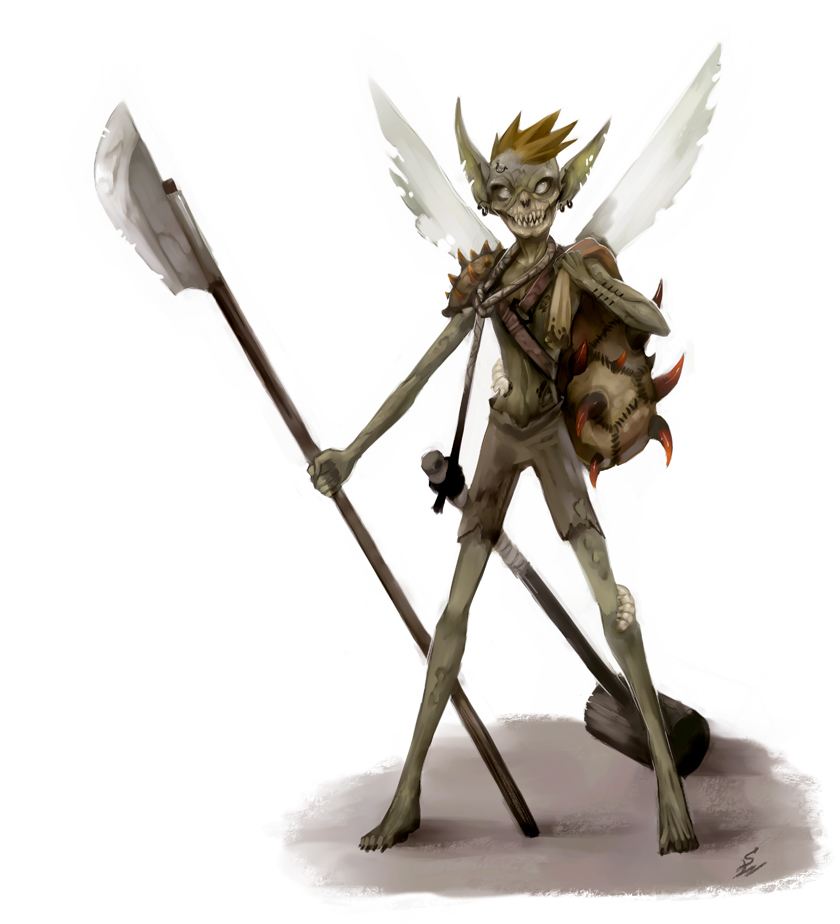 Look for our next spring preview on Monday!