And now the rest of Neil Spicer’s incredible Conquering Heroes, coming your way next week! This product will include some special features we weren’t able to include in Imperial Heroes (though we may go back and add them and/or offer them as a bonus download). The final four:

POLLYNA SHURYON (female sylph rogue (bandit)) – “Everyone has secrets, whether they know them or not—even an orphan like me. But I’m very good at discovering things others were never meant to know. Nothing keeps out a determined wind. Whether a sinuous draft or a forceful storm, it always reaches you. And so will I…”

PYOTR MAARTIS (male human cavalier) – “It’s not simply the weight or force of the blow which kills your opponent—it’s also the precision of the attack. And to be precise, you must find the perfect gap in his defense, or create one of your own devising. For instance, if I move here, and attack like this…you move there, and react like that…leaving you completely open to this reverse-counter, and…in a word: Dead.”

QUINRY KIMM (male half-elf bard (court bard)) – “Hah! If only your mothers could see you now—wallowing in the mud like common swine! The next time you get it into your sodden heads to assault your better, you might want to bolster your courage with a bit less ale. Of course, then you won’t be nearly drunk enough to have a go of it, will you?”

RADOMIR LYTKIN (male human wizard (abjurer)) – “There’s no spell—no magic—which cannot be undone. And there’s no person who can’t be unmade and forged anew. That includes me. So, I embark on this journey not as a quest designed to bring me safely home again. But as a means for transcending the life I once had.”

We hope you enjoy this batch of Heroes as much as you have their Gothic and Imperial cousins! No previews until Friday (off for a camping trip with the lower elementary classes at my school), but we’ll have some delightful new things to share with you Friday and next week, including BRAND NEW, NEVER BEFORE ANNOUNCED PRODUCTS. But first, one last peek at Conquering Heroes, featuring the artistic stylings of Hugo Solis bringing you Radomir Lytkin: 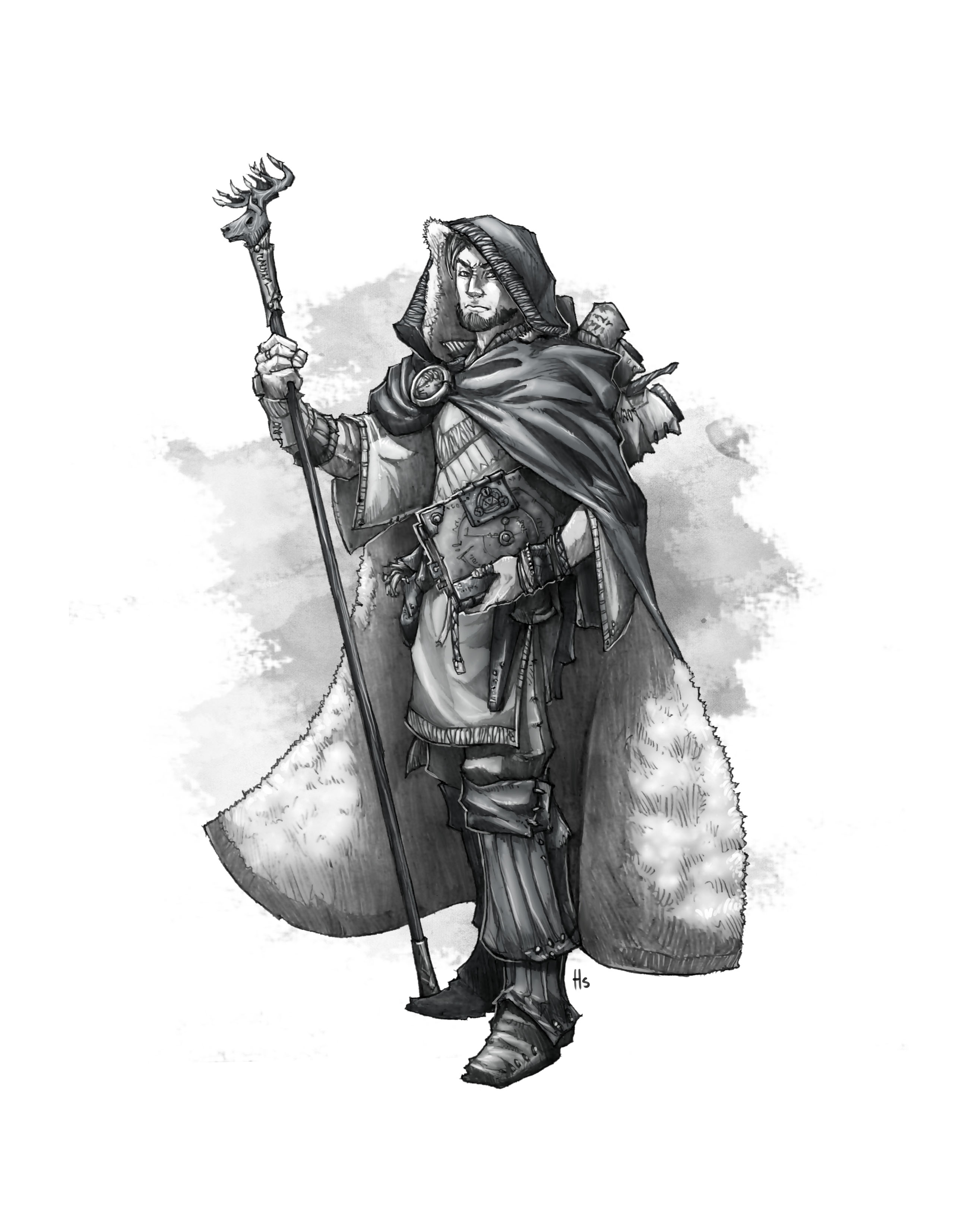