Welcome to the next in our preview series ushering in our new line of Kingbreaker Adventure Path Plug-Ins (though fans of our other lines fear not – yet more products are on the way for those as well!). Yesterday we teased you a bit with the creatures to come, including an amazing illustration by Jason Juta of the mysterious totemoq, but it’s time for a roll call, with a bit of descriptive text to whet your appetite for the horrors to come!

A smallish, stunted humanoid stands before you, its hairless flesh sloshing liquidly in uncountable jowls and folds, while a sagging pannus nearly hides its tiny webbed feet from view. Its rheumy eyes glare malevolently above a drooping mouth filled with hundreds of needle-sharp teeth, while rivulets of clotted tears run down every crease. Its mottled, pasty skin is everywhere beaded and slicked with blood-tinged sweat that drips constantly from every pore.

Disturbingly, this short and slender creature resembles a human bred with a goat. Curved horns spout from his brow and an unnerving stare emanates from his eerie rectangular pupils.

This deathless warrior stands arrayed in the faded finery of a darkling prince of old, eyes burning with lambent hate from the shadows of its great helm. It brandishes a wickedly curved blade in a practiced battle stance, while an occasional rattling breath escapes its timorous lungs in shuddering memory of life now corrupted, a misty exhalation bearing only the chill and stink of the grave.

This withered corpse is little more than a ragged skeleton grown through with thorn-vines and creepers, encrusted in mossy soil, shards of bone and horn, and wet clumps of evergreen needles. The fell light in its eyes, however, speaks of a burning hatred for the living as it creeps stealthily into view.

Hunched as if ready to pounce, the red eyes of this huge beast-like giant glares forth from a raw, fleshy face resembling a skinned grizzly bear fitted with jagged, cruel-looking stag’s horns. Thick cables of muscle wind around shoulders sprouting huge and leathery bat-like wings.

And that’s just HALF of the monsters in this product! We’ll give you the others tomorrow, but in the meanwhile we’d be remiss if we didn’t include another of the awesome illustrations we have waiting for you, once again courtesy of the mighty pen of Jason Juta. Behold, the CHERNOBOG! 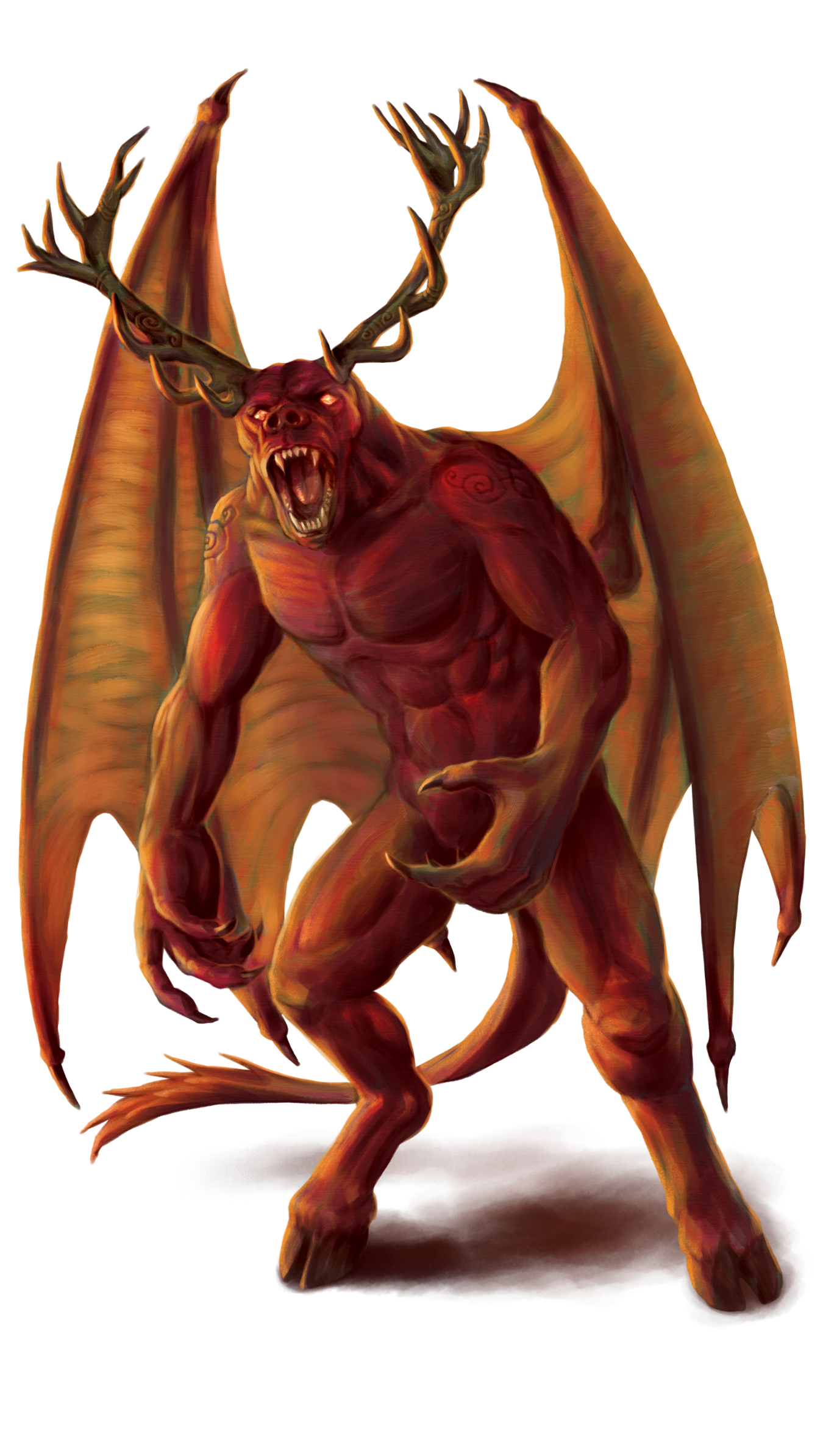