Our latest addition to the mythic options available for Pathfinder RPG is in layout as we speak! We are pleased to announce the Legendary debut of Amanda Hamon Kunz, who teamed up with Jason Nelson and Jonathan H. Keith to bring you a brand new collection of mythic magic that will blow your mind! 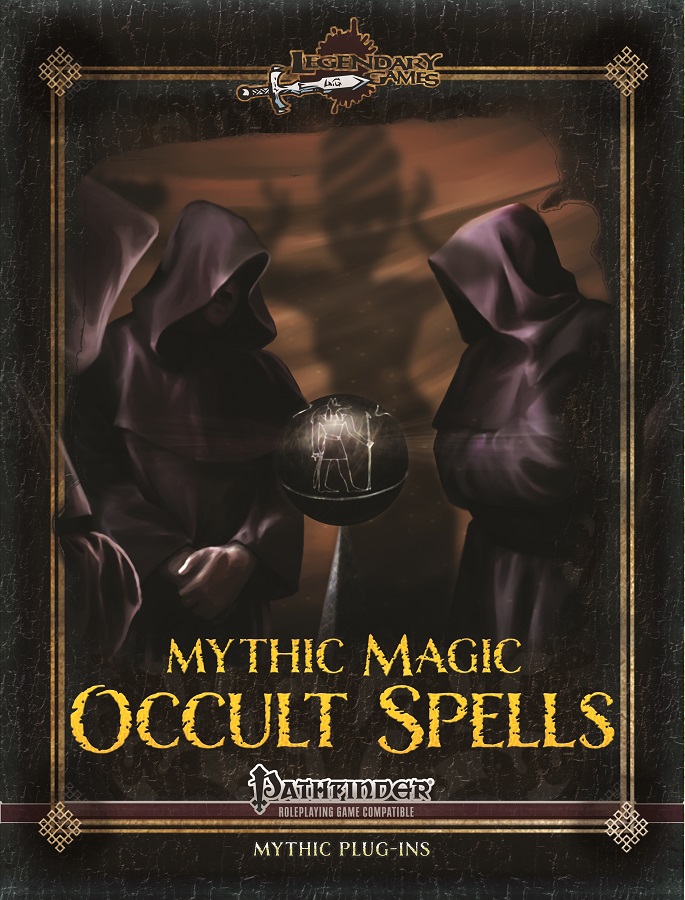 Mythic Magic: Occult Spells brings you you 129 all-new mythic spells from Pathfinder Roleplaying Game Occult Adventures! While the original mythic rules for Pathfinder included many cherished favorites from the Pathfinder Roleplaying Game Core Rulebook as well as the other core rules hardback rulebooks and the Mythic Spell Compendium compiled a vast array of mythic spells for your game, new rules for Pathfinder continue to come out and spellcasters have a continual supply of new tricks to try from more recent rulebooks. If you like occult mysteries and psychic magic, this is the book for you as it completes the mythic rules for every spell in Pathfinder Roleplaying Occult Adventures. All of them, from akashic form to withdraw affliction and all spells in between.

Whether you’re a true psychic spellcaster or a user of arcane or divine magic who simply dabbles in the world of spirits and psychics, Mythic Magic: Occult Spells contains mythic spells of every level and every kind, from minor spells to the mightiest magics. You will find combat spells like id insinuation, synaptic overload, and explode head right alongside defensive magic like sealed life and tower of iron will, spells to aid your allies like dream voyage and contagious zeal, and utility spells like akashic form, create mindscape, and bilocation! Grab this book today and make the occult Legendary!