If you ever thought about adding sci-fi to your 5E campaign, the perfect book for you is right here, the Alien Codex! Inside you’ll find nearly 300 pages of alien races, including over three dozen with playable PC rules, over 100 new class and character options, over 200 ready-to-use alien stat blocks of every Challenge, high-tech armor and weapons, alien viruses, magic and technological items, spells, feats, and so much more! Whether you’re a player or GM, the Alien Codex will take your 5th Edition campaign out of this world! Grab it today in PDF and print at the Legendary Games webstore, Open Gaming Store, Paizo, or DrivethruRPG! 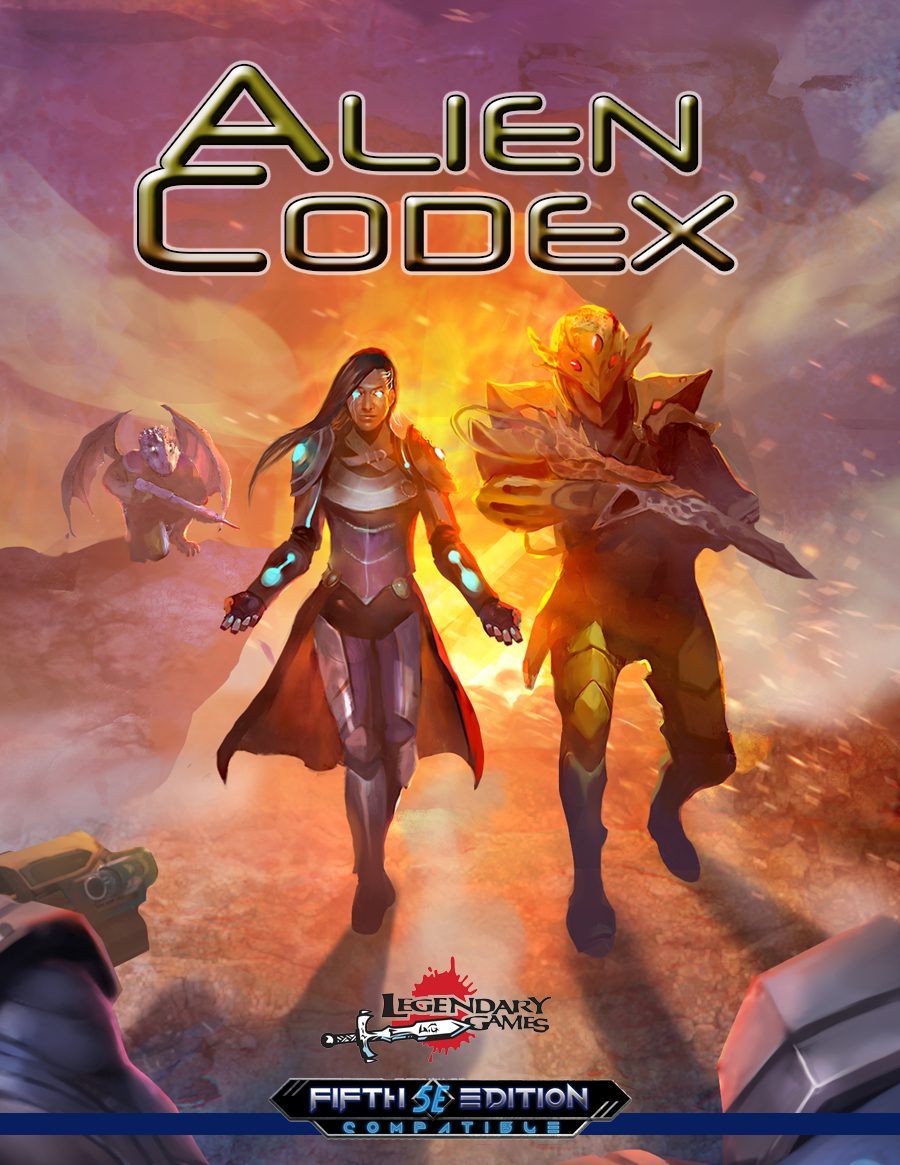 A perfect campaign to unleash all of that awesomeness for 5th Edition is the Legendary Planet Adventure Path, an incredible sci-fi/fantasy campaign that takes your PCs across the universe and to 20th level and beyond. You can get the complete Legendary Planet saga for 5E today, and we are working on an incredible hardcover compilation (probably around 700+ pages altogether). You can get the adventures for Pathfinder as well, and we are hard at work on completing the saga for Starfinder too, which brings us to our latest release for that sci-fi system, the water-world invasion  into The Depths of Desperation! This 100-page high-level adventure pits your Starfinder heroes of 14th-17th level in a desperate race against time and the bil’djooli onslaught, gathering allies, unraveling sinister schemes, and linking past, present, and future to find your destiny! This adventure also includes tons of new monsters, magical and technological items, a gazetteer of the water-world of Vareen, and the latest installment in Chris Jackson’s ongoing short story series! High-level Starfinder adventures are hard to find, and this one can be played as part of the ongoing Legendary Planet campaign or as a standalone adventure where your PCs find themselves drawn into a fight for freedom! Grab it today in print and PDF at the Legendary Games webstore, Open Gaming Store, Paizo, DrivethruRPG, and Amazon! 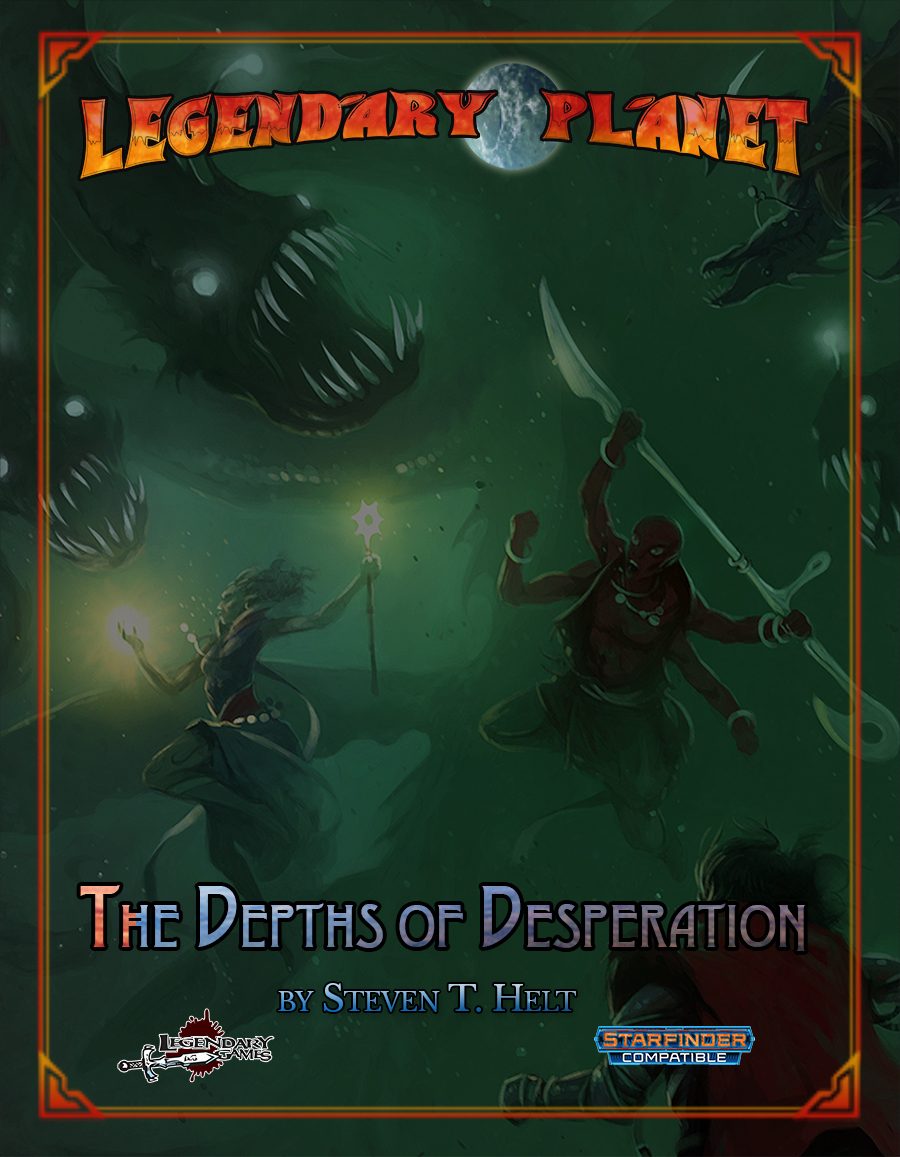 Starfinder and 5E cross over one more time as well when it comes to exploring and conquering a domain of your own, and managing the politics, resources, intrigue, and relationships of your empire! We are hard at work on layout on Ultimate Kingdoms (5E), a killer compendium of our complete empire-building rules, with layout past the halfway mark and nearing completion in early December. Plus, our backers already have received their copies of the magnificent Star Empires Compendium, with comprehensive cosmic rules for exploration, colonization, conquest, intrigue, creating your own personal brand and building relationships across the universe! If you missed out on the original Kickstarter offering, never fear – this book is coming live to EVERYONE next week! 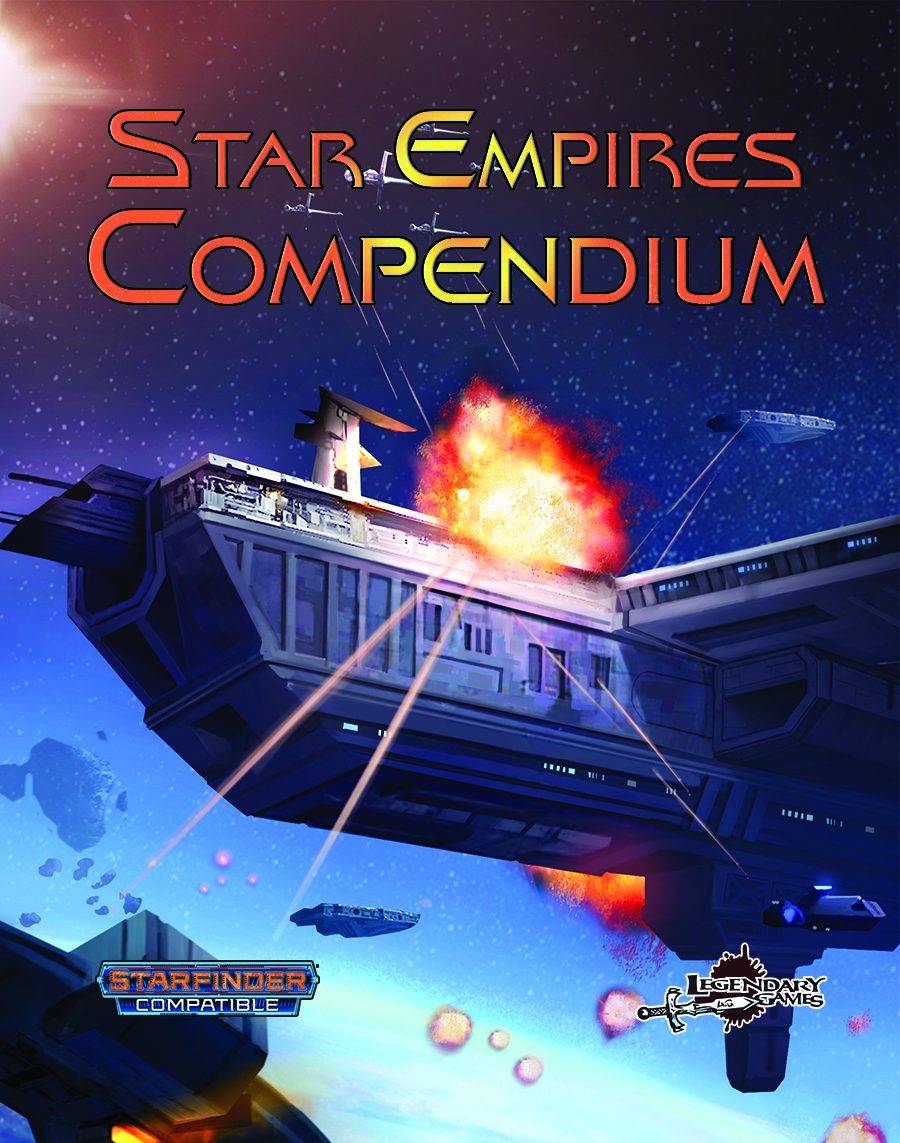