Legendary Games got its start doing horror products, starting with the Treasury of the Macabre, on sale for just 2 dollars (60% off) his week’s TWO$DAY product of the week! Horror was also the subject of our first hardback, the amazing Gothic Campaign Compendium, so you’ll understand that things sinister and scary are near and dear to our hearts. And since we love them and we love YOU, we want to offer some amazing savings this Halloween season, not just here at Legendary Games but across many of our sales partners as well! These deals are so good it’s SCARY, but at midnight on Halloween night, they will vanish like a ghost too long out of its crypt, so GO SAVE SOME MONEY NOW!!! 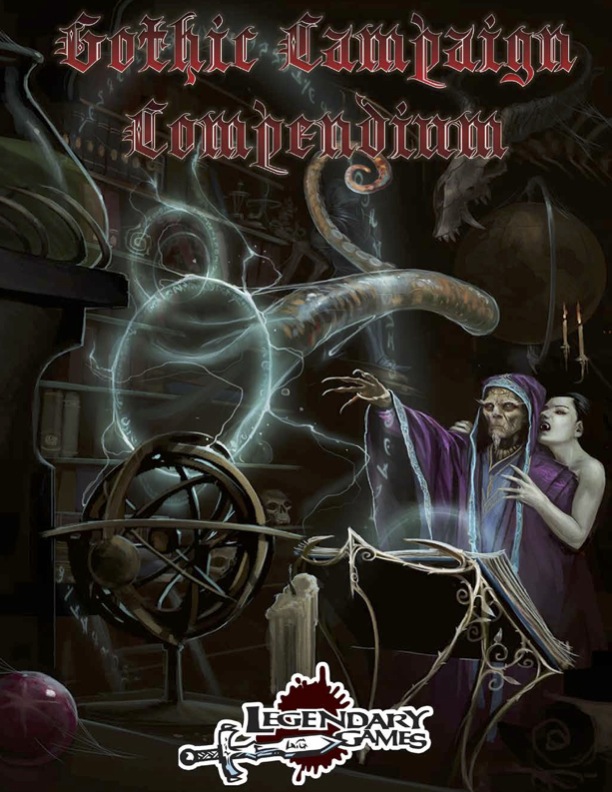 At the Legendary Games webstore, you can get 33% off the print, PDF, or bundle versions of the Gothic Campaign Compendium and 60% off each of our five Gothic Grimoires – each a magnificent manual of macabre magical mysteries for JUST A BUCK! You’ll also be able to pick up the Halloween Exclusive, Mythic Monsters: Emissaries of Evil, available nowhere else.

At d20pfsrd, you can get the same discounts as at the Legendary Games webstore, and you can also pick up Clinton Boomer’s Splintered Godhood from Legendary Games for just a buck as part of their $10 FRIGHT FEST BAG #1!

At Paizo, you can pick up the same discounts as at the Legendary Games webstore.

At DrivethruRPG, you can get 33% off the Gothic Campaign Compendium, Feasting at Lanterngeist, and the Construct Codex!

With savings like that, you can’t lose!  And while you’re at it, you should pick up our latest ode to the dark side: LEGENDARY VILLAINS: DARK DRUIDS, now available at the Legendary Games webstore, as well as from our friends at d20pfsrd, Paizo, and DrivethruRPG! 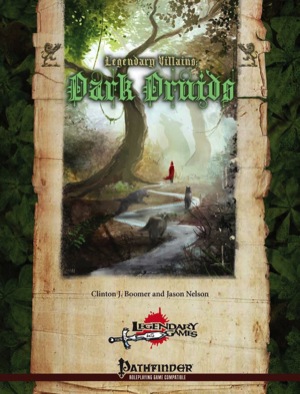