If you like Conan the Barbarian, Xena the Warrior Princess, Tarzan, Fafrhd, Khal Drogo, Thundarr, Red Sonja, Grognar, the Scorpion King, Beowulf, Kull the Conqueror, Fire and Ice, or are just a fan of savage adventures on a primal and untamed world—Vast Kaviya is for you! 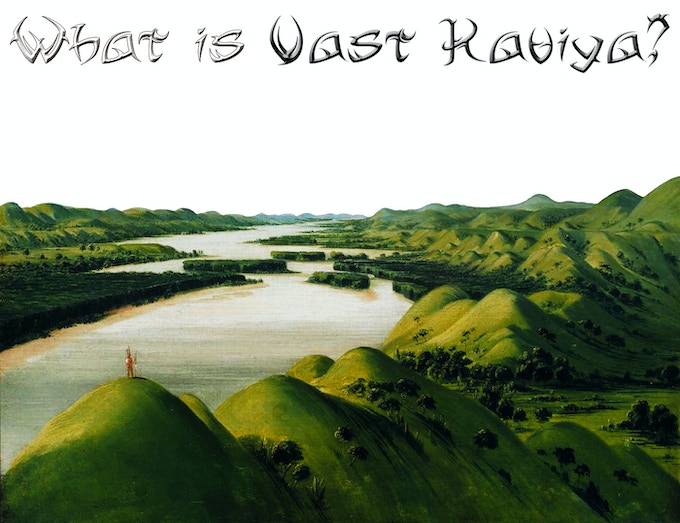 This super massive world of primal struggle is a decentralized campaign setting and bestiary (22 areas with 100+ statblocks) for D&D 5th Edition. Within are 21 different warlords all with their own lairs, minions, and guidelines for how they interact with one another, giving GMs a new toolbox of NPCs and unique areas to either include in their homebrew fantasy setting for some old school sword and sorcery, or to gradually discover using the book’s Exploration Rules! There are 13 major tenets about the world that are true no matter where one travels however—for more details on those check out VastKaviya.com or the free primer PDF. 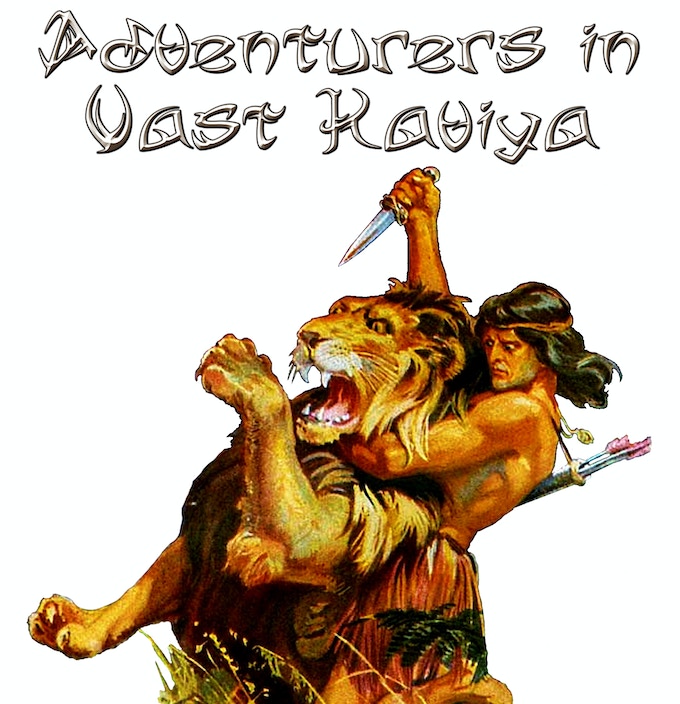 In addition to what’s in the core 5th Edition rules Vast Kaviya has a variety of new character options for the brave souls that strike out across its countless lands. 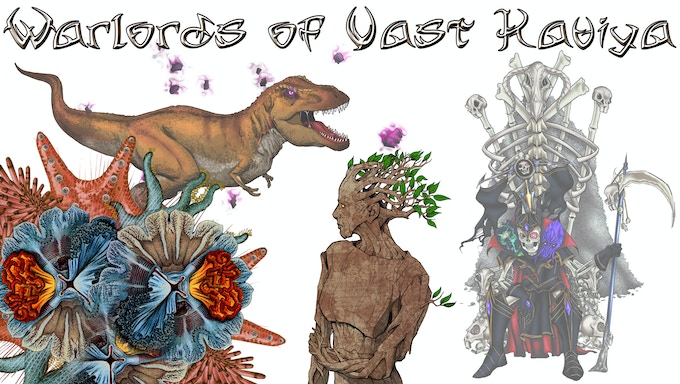 There’s a bestiary chapter with more than thirty different monsters—ranging from the little forvirskrípi to the enormous megawolf—and a host of devastating versions of creatures players will think they already know how to handle, but the real focus of Vast Kaviya is the warlords fighting to carve out more of the world for themselves.

This book is a collection of the player-oriented gaming material from the Vast Kaviya campaign setting for 5E. Check out the free primer PDF to see if this book devoted to primordial and savage adventures is right for you!

This PDF expands the cultures, regions, and warlords in the brutal and barbaric Vast Kaviya campaign setting with 21 pages full of detailed encounters perfect for use in any savage campaign using the DnD 5E rules! Check out a sample below!

Plus, if you’re interested in some primordial adventuring, take a look at the free 40 page Vast Kaviya Primer.