This week marked the seventh and final installment in our Mythic Minis devoted to the martial arts, and ace reviewer Thilo “Endzeitgeist” Graf has been rolling through our minis with reviews in his inimitable style. So far, he’s posted up reviews for the first three, with high marks for all of them. I always appreciate Endy’s detailed reviews, including WHY he likes or doesn’t like a thing (like the Snake Style chain of feats in Mythic Martial Arts III, stating:

I consider Snake Style and its whole mechanics a broken, broken mess and think that Paizo botched big time there. I don’t even have to try to break this. Now Alistair Rigg worked with what he got – so I can’t fault him for what he did with the feats, but still, every time I read these, something in me cringes. Hard. That being said, the other styles are awesome enough to still make this a good purchase, even if you loathe Snake Style.

The number of feats in each product varies a bit, as some styles take more space to explain than and every Mythic Mini has a consistent word count, but that just means we are able to tailor what we do with the series to make every piece pop. Consider his final comments on Mythic Martial Arts II.

Alistair Rigg, after the first pdf on martial arts, may deliver slightly less content here, but each and every mythic feat of these styles ROCKS. They take the base concept of the styles and make them work in much more awesome ways for a glorious pdf for martial artists – well worth a full-blown recommendation of 5 stars + seal of approval!

Many thanks to Endy and to everyone else who takes the time to review our products! You have been a great help to every 3PP in establishing a name and reputation for quality, and your efforts help grow the gaming community. Reviewers, you’re GRRRRREAT! 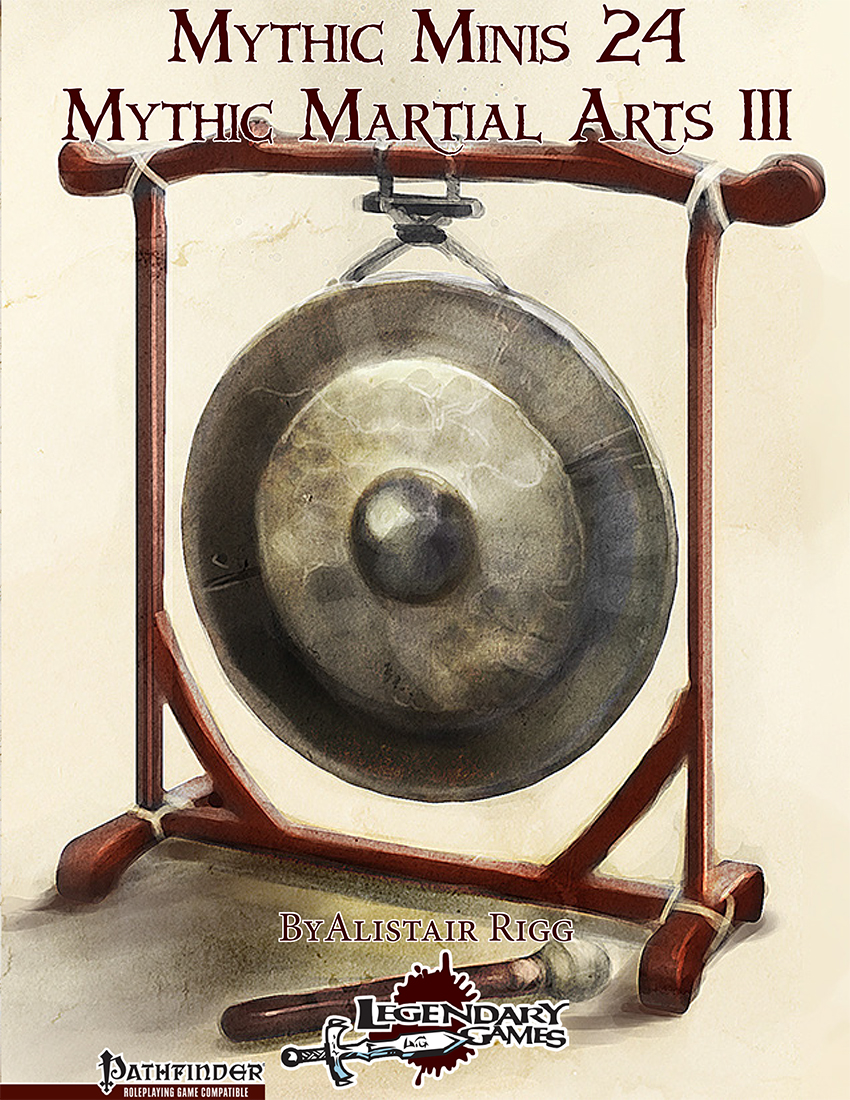