Our new adventure/campaign product, Road to War, is subtitled The Equinox Crown, and we thought you’d like to know why! The Righteous Crusade AP deals with a fallen kingdom of the wild northlands, where ruined druidical circles dot the now demon-haunted (and hunted) landscape. Even in a victory as complete as the demons wrought upon the fallen kingdom, however, traces of that former wisdom and communion with the things of nature must endure, and relics of the old faith may yet lie forgotten amid the blasted and blighted waste. That is where The Equinox Crown comes in. As Neil and Jim tell it:

Prior to the fall of Ancient Sarkulis, a terrible Demon Lord of Locusts supplanted himself as a nature spirit, albeit a destructive one, in the pantheon of spiritual beings alternately venerated or propitiated to maintain the balance of natural forces. This subversion grew uncontrolled, and on more than one occasion, led to great suffering before the demonic infestation was driven off by more benevolent divinities. Although learned druids and shamans exposed the Demon Lord as having no part in the natural order, the culture and people of Ancient Sarkulis lacked a central authority and strong, universal belief system to remain free of his influence. Destructive and harsh forces were often viewed as part of the cycle of nature. And, when times grew hard, small clans often returned to the old ways of appeasing and beseeching demonic powers as a means to insure themselves from harm. These lapses in faith allowed the Demon Lord’s evil to creep back into Ancient Sarkulis again and again, always in search of the wicked and foolhardy.

Vorian, a respected hierophant, made it his mission to travel Sarkulis to educate the clans on the peril of mistaking infernal entities for the destructive spirits in nature. Time and again he would expose the veneration of the Lord of Locusts and scour his cults from the countryside. His unquestioned zeal became legendary and his followers dubbed him the “Autumn Lord” whose chilly wrath spelled a season’s end for all tiny and loathsome things which crawl, slither, and fly. When Vorian passed away, the silver circlet he wore upon his brow became an extension of his personal legend and cause. Known as the Equinox Crown, it was placed in a shrine in a village named after Vorian’s only daughter. When Demonic Incursion sundered the world, the relic had already fallen far from memory. And, after centuries of neglect, the crown became inert and tarnished. Yet, with the growing proximity of the demonic forces, the crown has begun to stir once more, driven by Vorian’s zeal even well after his death.

When first handled by any character capable of casting spells, the tarnish on the silver circlet abruptly vanishes as if the metal were polished clean. When worn, it grants a +2 sacred bonus to whatever ability score the wearer uses to cast spells (Charisma, Intelligence, or Wisdom—or, Charisma for non-spellcasters). The circlet does not grant additional skill ranks as with a headband of vast intelligence, even if it grants the wearer a bonus to Intelligence. Certain events and tasks can further awaken the Equinox Crown, eventually transforming it into a powerful magic item. One such event—and its corresponding power—are described in the Road to War, but more powers are listed below with suggestions for suitable triggers to unlock them.

Something like that just might come in a little handy for characters rising to mythic heights throughout the course of the campaign. And it’s darned stylish too! 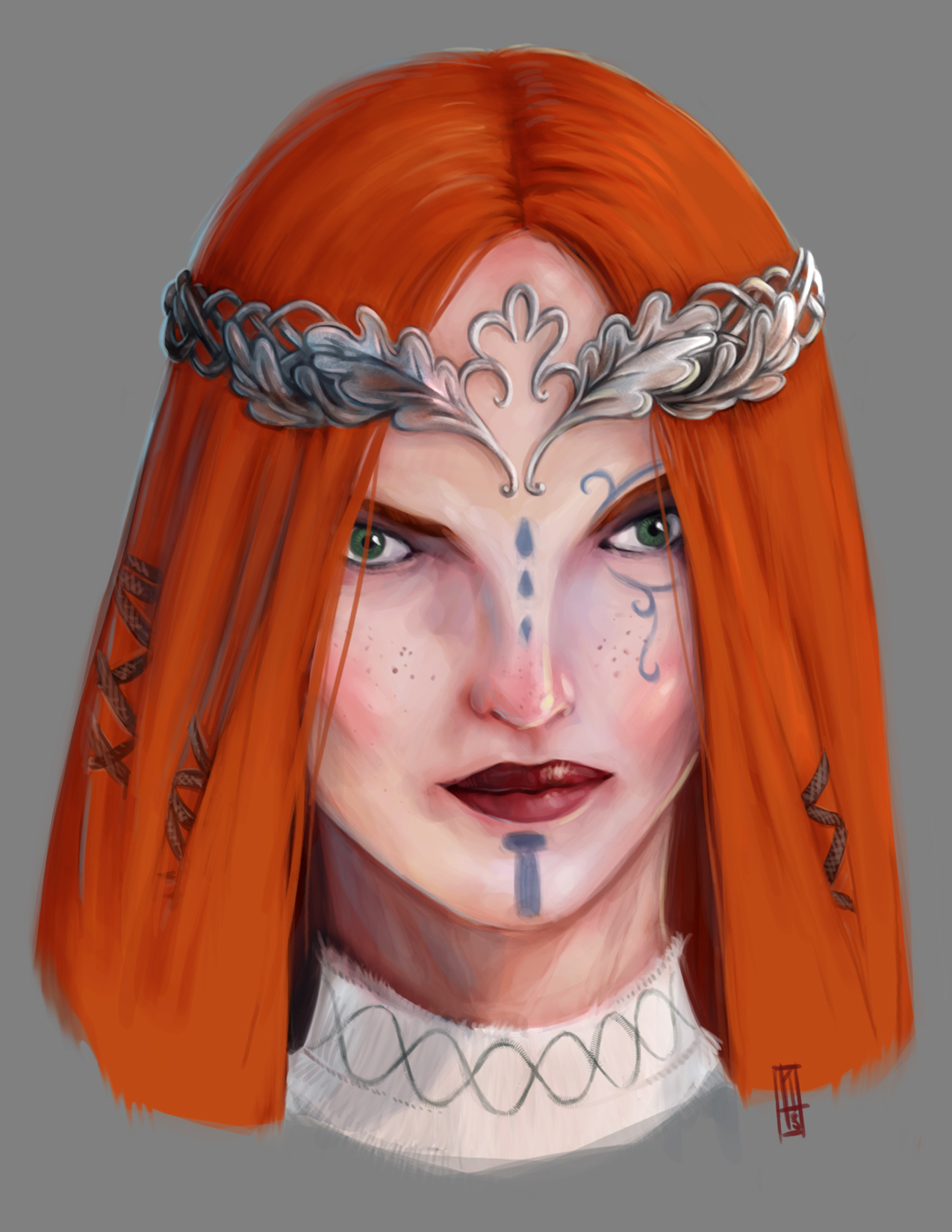 To everything there is a season…