Okay, so I teased a different product preview for today, but the early art and text are alllllmmmmmost ready, but not quite, but I’m all too happy to offer a final preview for Cold Mountain!

This product is actually rather dear to my heart, as it’s something I started working on years ago as an adventure to publish in Dungeon magazine. I had done two adventures for Dungeon, “Man Forever” and “Practical Magic,” and had pitched “Cold Mountain” as a third one to do. The editor liked the adventure pitch, but I had some life issues come up and wasn’t able to actually write it for many months. By the time I was ready and got back in touch, he told me they wouldn’t be able to use it but he couldn’t exactly say why. That, of course, turned out to be the time that Wizards of the Coast had canceled the licenses for Dungeon and Dragon so they could go electronic with 4th Edition, and Paizo was just playing out the string with the adventures they already had scheduled until they finished the Savage Tide Adventure Path. Alas for missed opportunities!

I put Cold Mountain back on the shelf, but I never forgot about it, and in 2010 I pulled it back out and decided to finish writing the adventure and run it as an event at PaizoCon. Everybody had a great time with it, but I didn’t know if I’d ever do anything further with it. Two years later, I found myself running Legendary Games and planning out our future product lines. It wasn’t really something that would fit with the Gothic or Far East themes of our first two product lines, but as we started brainstorming products that would fit well with the Kings and Kingdoms Adventure Path, there was Cold Mountain looking to me like a perfect fit.

I tell this story not so that you’ll think that at Legendary Games we just pull whatever scraps of things we have lying around and publish them, but as a bit of an insight into the long and winding road that a product can take between conception, execution, and publication. Neil Spicer’s Imperial Heroes, which we just released today, had a journey like that. Neil sent me the manuscript for it in June of last year, and it took a frustrating eight months to finally bring it to print. Cold Mountain has been sitting around my head or my computer in some form or fashion for almost eight years, and if I didn’t think it was a neat story and a fun adventure I’d have forgotten about it a long time ago. One thing you need as a professional game designer is a short memory, able to let things go once you’re done with them or they just don’t pan out and move on to your next project, but sometimes an idea won’t quite let go of you until you see it through to the end.

As always, we at Legendary Games hope you have as much fun reading and playing our products as we do making them. But, enough philosophizing for now. One last and amazing preview illustration from the amazingly talented Frank Hessefort, and tomorrow on to the next product for Kings and Kingdoms! 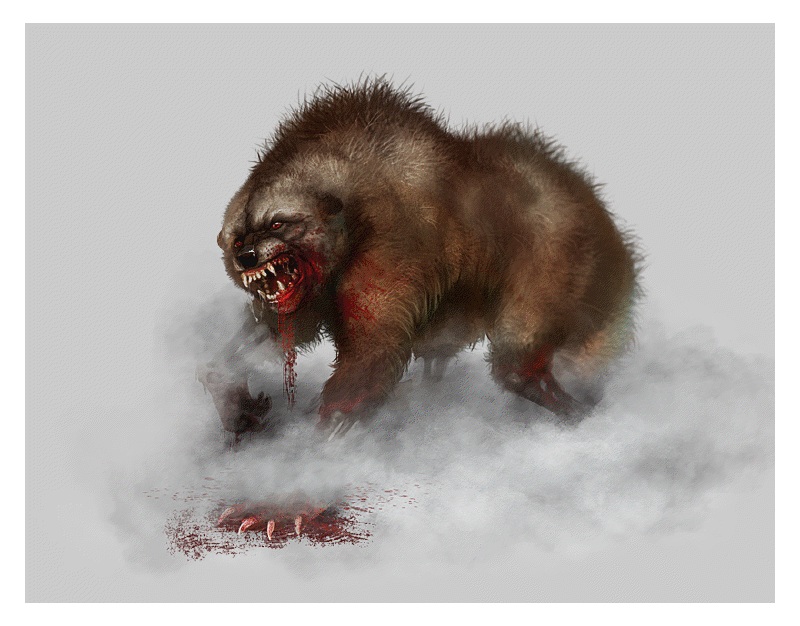 In the immortal words of Red Dawn: WOLVERIIIIIIIIIIIINES!!!!

You know, maybe it’s just me, but I don’t think trying to pet him is a very good idea.