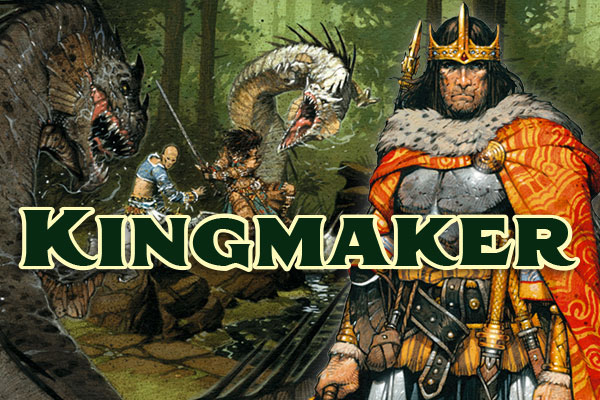 Paizo’s Kingmaker 10th Anniversary crowdfunding campaign at KingmakerCampaign.com is based around four books: the Kingmaker Adventure Path converted to the newest Pathfinder edition, the Kingmaker Companion Guide inspired by the Owlcat Games CRPG, an old-school Kingmaker Bestiary for Pathfinder First Edition, and a Kingmaker Bestiary for 5E converted by Legendary Games. More add-ons and unlocks will be revealed as the campaign progresses over two weeks on Game On Tabletop. The campaign will end on May 21 at midnight.

Paizo Publisher, Erik Mona said, “We are excited to bring 10 years of development and innovative expansions back to the gaming table. The only question is… how ambitious do we get? That’s where you come in. Help us celebrate the tenth anniversary of the Kingmaker Adventure Path and bring this epic campaign to a new generation of gamers—and to your own tabletop!”

A stunning 576-page hardcover, the Kingmaker Adventure Path provides GMs everything they need to run this epic campaign. All six chapters published by Paizo in 2010 will be updated to Pathfinder Second Edition rules, incorporating a decade of player and GM feedback and new characters, conflicts, and plots inspired by the best-selling digital adaptation of the campaign that released last fall—including a new prologue making its tabletop debut in this release! Detailed appendices provide GMs with flavorful gazetteers of the campaign’s myriad locations, from the Stolen Lands at large to the rival city of Pitax. The Kingmaker Adventure Path also features complete rules for hex-map exploration and kingdom building and management to bring the campaign’s most innovative elements to life at the table. Lastly, a bestiary of new and updated monsters that feature prominently in the Adventure Path give GMs of any campaign new tools to torment their player characters with! As the campaign levels up, the size of this book will grow to include new content! 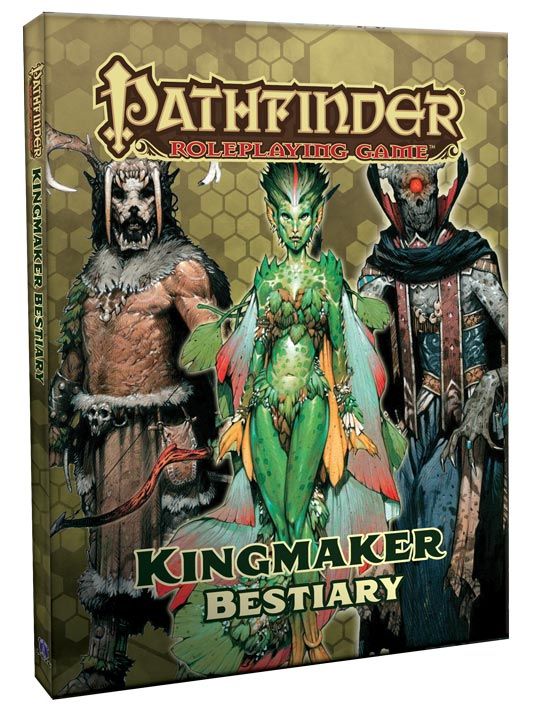 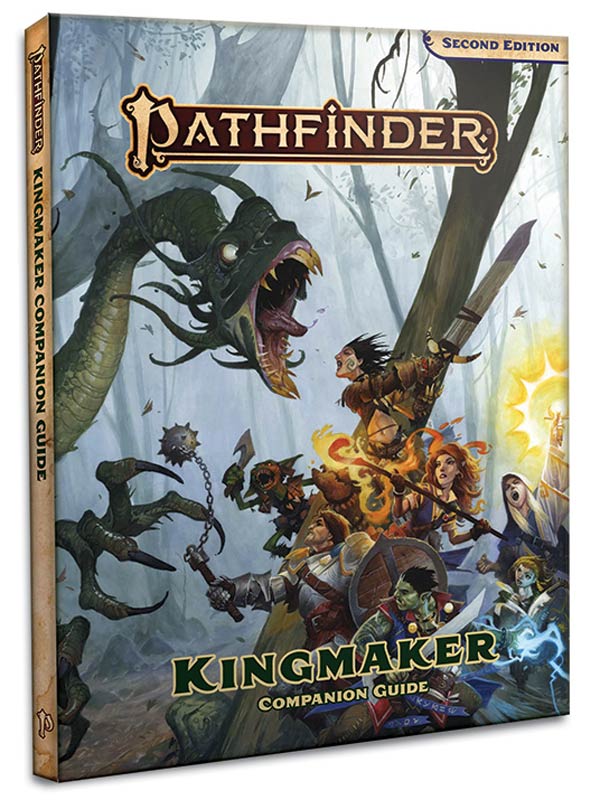 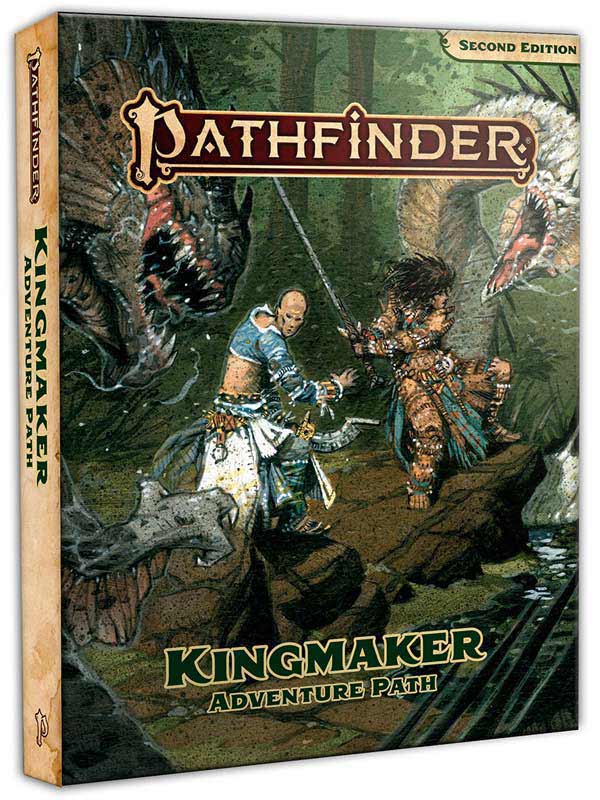 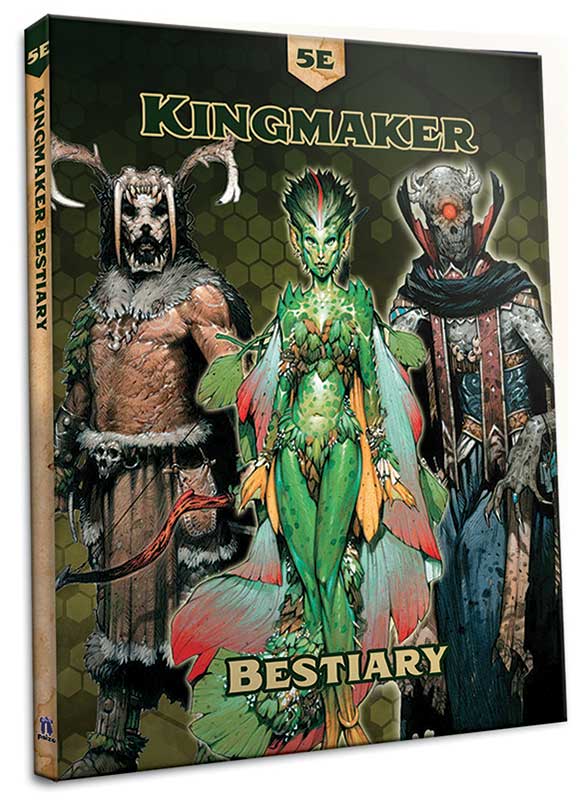 The adventures don’t stop in Kingmaker’s core campaign, though. Inspired by the hit CRPG from Owlcat Games, the Kingmaker Companion Guide is a 32-page softcover compendium designed for Pathfinder Second Edition. Additionally, the book has the potential to increase in pages as the crowdfunding campaign levels up.

Paizo and Legendary Games both have old-school Pathfinder players who will be covered with the hardcover Kingmaker Bestiary for Pathfinder First Edition; a 160-page monster and NPC resource that converts the new companions, NPCs, and monsters unlocked by this campaign into Pathfinder First Edition. They can play along in the new and updated encounters with this helpful conversion guide featuring back-converted stats for the entire Kingmaker campaign, plus other rules conversions, tips and tricks to run the campaign as smoothly as possible.

Why limit the fun of the Kingmaker Adventure Path to Pathfinder players? With the Kingmaker Bestiary for 5E add-on, GMs and players of the fifth edition of the world’s oldest roleplaying game gain access to more than 140 monsters and key NPCs from the Kingmaker Adventure Path! With 5E conversions by Legendary Games, this 160-page hardcover volume is an add-on from day one. Whether used as a companion volume to help convert the entire Kingmaker campaign or as a handy way to add new challenges and foes to 5E campaigns of all varieties, these time-tested critters and foes are sure to keep players on their toes!

Legendary Games Publisher Jason Nelson exclaims, “”We love Kingmaker at LG, with our team having written 5 of the original adventures plus tons of new adventures and accessories like Ultimate Rulership and the Forest KingdomCampaign Compendium to expand the AP, kingdom building, and mass combat, and we are thrilled to lend our multi-system expertise to this project. This project is a great opportunity to introduce 5E fans to the great stories, rich flavor, and killer design that have always been the trademarks of Paizo and LG, while also providing awesome updates to long-time Pathfinder fans and creating a whole new legend for the new edition!”

Go to KingmakerCampaign.com to learn more. 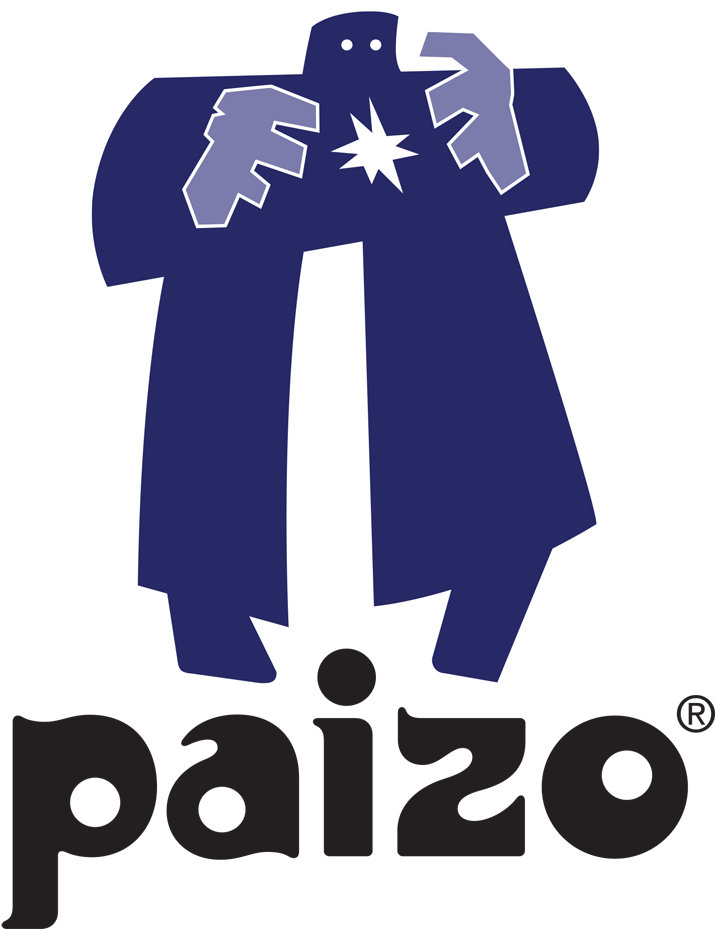 About Paizo
Paizo Inc. is one of the world’s leading hobby game publishers. Since 2002, millions of players have joined the goblin army by playing the Pathfinder® and Starfinder® roleplaying games across tabletops, at conventions, at their favorite local game store, and digitally on virtual tabletops. Paizo.com is an online retail hobby destination for gamers that carries the latest products from top hobby game publishers. Players also find accessories, like dice and maps, miniatures, T-shirts, goblin plush toys, and the newest releases to quickly replenish those adventuring supplies for the next dungeon run.

We publish support materials for the Pathfinder Roleplaying Game and 5th Edition and more, with a wide variety of products including adventures; rules expansions for core game mechanics like spells, feats, and magic items; themed monster books; character class options for heroes and villains; and an array of innovative rules subsystems and campaign supplements for every kind of campaign.The Legendary Beginnings series from Legendary Games is designed to create exciting adventures suitable for all ages, but specially designed for those new to roleplaying and those on the younger side. The Legendary Games tradition is to combine rich story and background, innovative layout, beautiful aesthetics, and excellence in design that is second to none, allowing you to enliven and enrich your campaign in amazing and exciting ways. 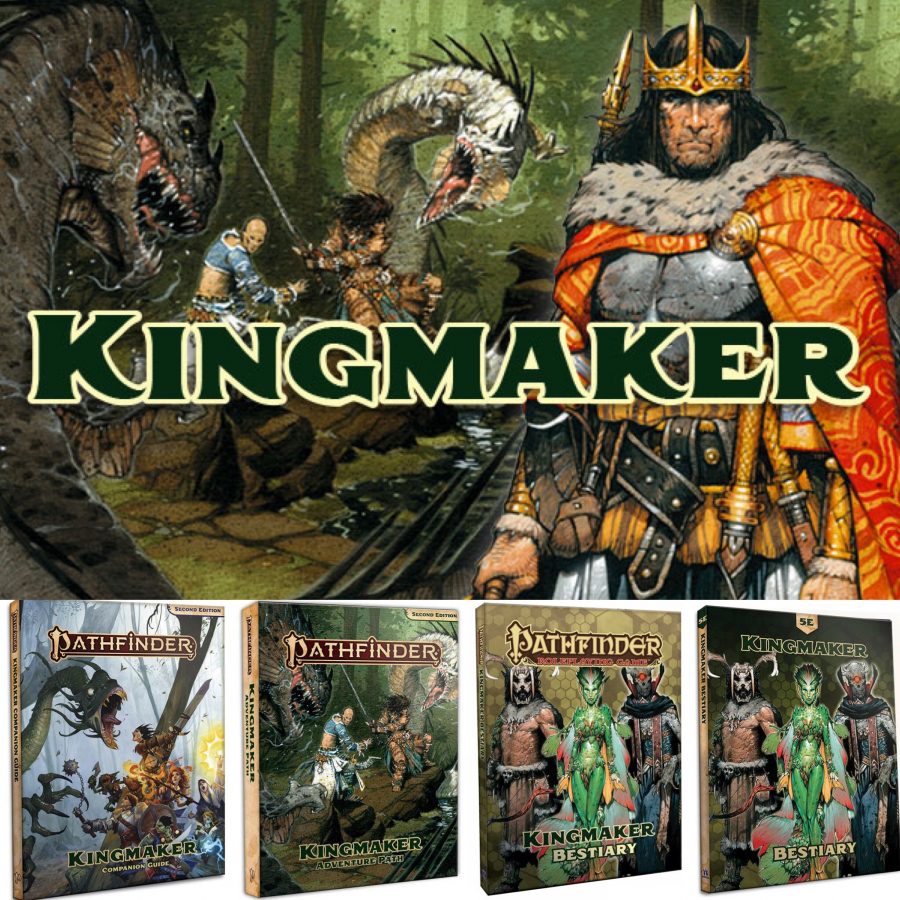