A guy like Sean K Reynolds needs little introduction in the RPG business, but besides being the hardest-working man in the business and with a delightful voice for radio, he’s also winding up a Kickstarter for his own brand-new solo project, the Five Moons RPG! It has just 24 hours left to go, so please do check it out and consider backing it. There are tons of previews Sean has posted up on the Kickstarter site for you to familiarize yourself with the game, the philosophies behind it, and the default setting that gives it the name of ‘Five Moons.”

Speaking of Sean and Kickstarters, one of the bonus backer goals in our MYTHIC MANIA Kickstarter was to have Sean design two brand-new monsters for the Mythic Monster Manual, and we are about to unveil the first of those this week, with the imminent release of Mythic Monsters 22: Emissaries of Evil! We’ll be previewing the book in more detail tomorrow, but you can get your first look at the malevolent maldonado right here!

This transparent humanoid seems comprised of sloughing bluish mist with pale, anguished faces pressing to the surface in silent screams. It darts quickly from person to person, looming like a terrifying shadow. 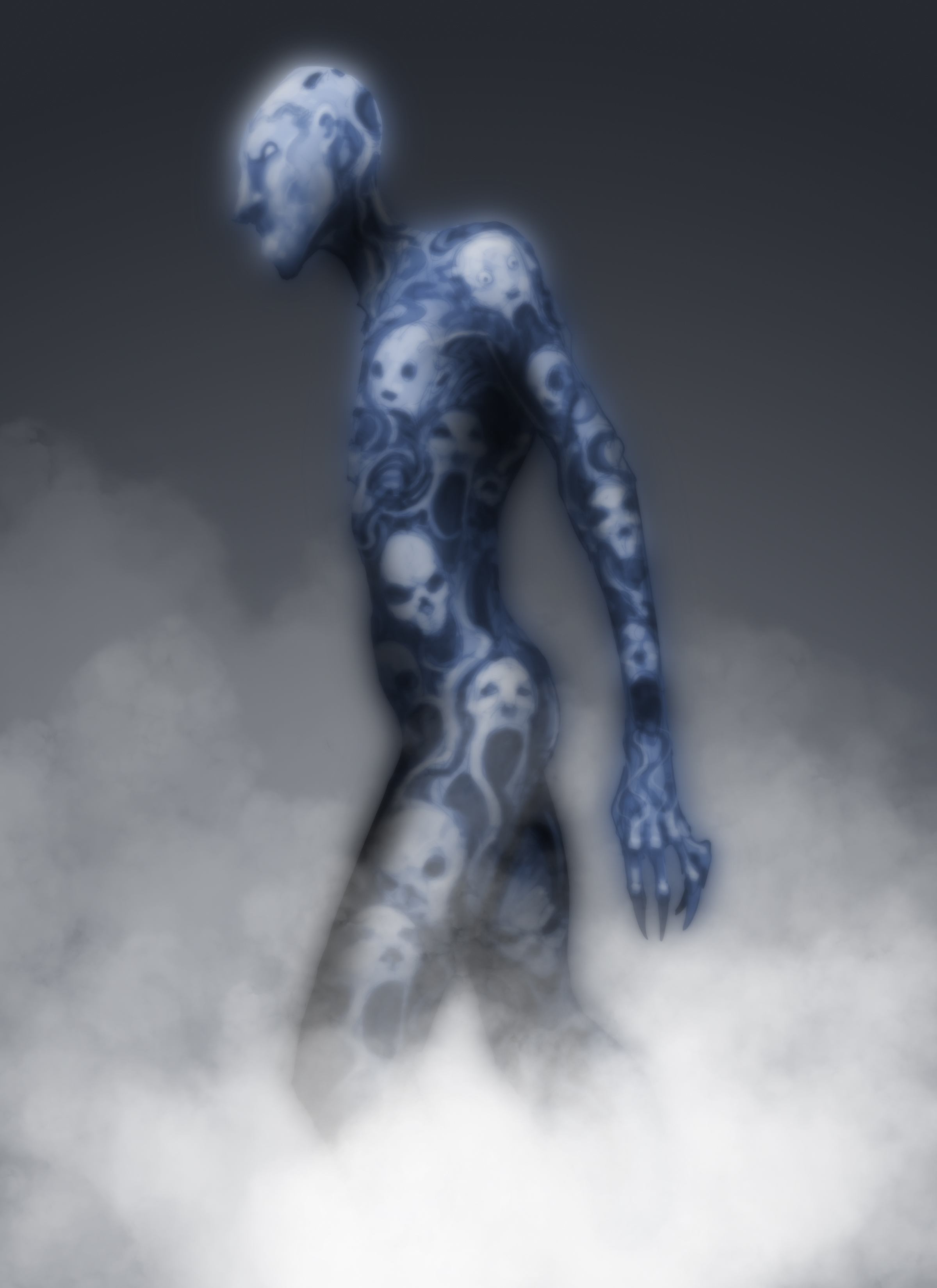 Kudos for the creepiness to artist Chris McFann, but I wonder… can you guess what manner of mythic mischief this terrible tormentor could be up to? What do YOU think Sean had in mind in dreaming up this little charmer?