Yesterday we were having a little problem with our website server, but we’re all fixed up now so we are excited to unveil both a new Starfinder adventure *and* a new Pathfinder supplement today! For Starfinder, Alex Riggs and Nick Logue team up to bring you a fantastic crossover adventure for 8th-level heroes, a postapocalyptic sci-fi western shot through with deadly rays of cosmic horror. Brave the desolation of the Dust to face an android bounty hunter and the deadly cargo that has infiltrated the hardscrabble town and the toxic mines beneath. You can pick up this spectacular 42-page adventure at the Legendary Games webstore, Open Gaming Store, Paizo, DrivethruRPG, and Amazon! 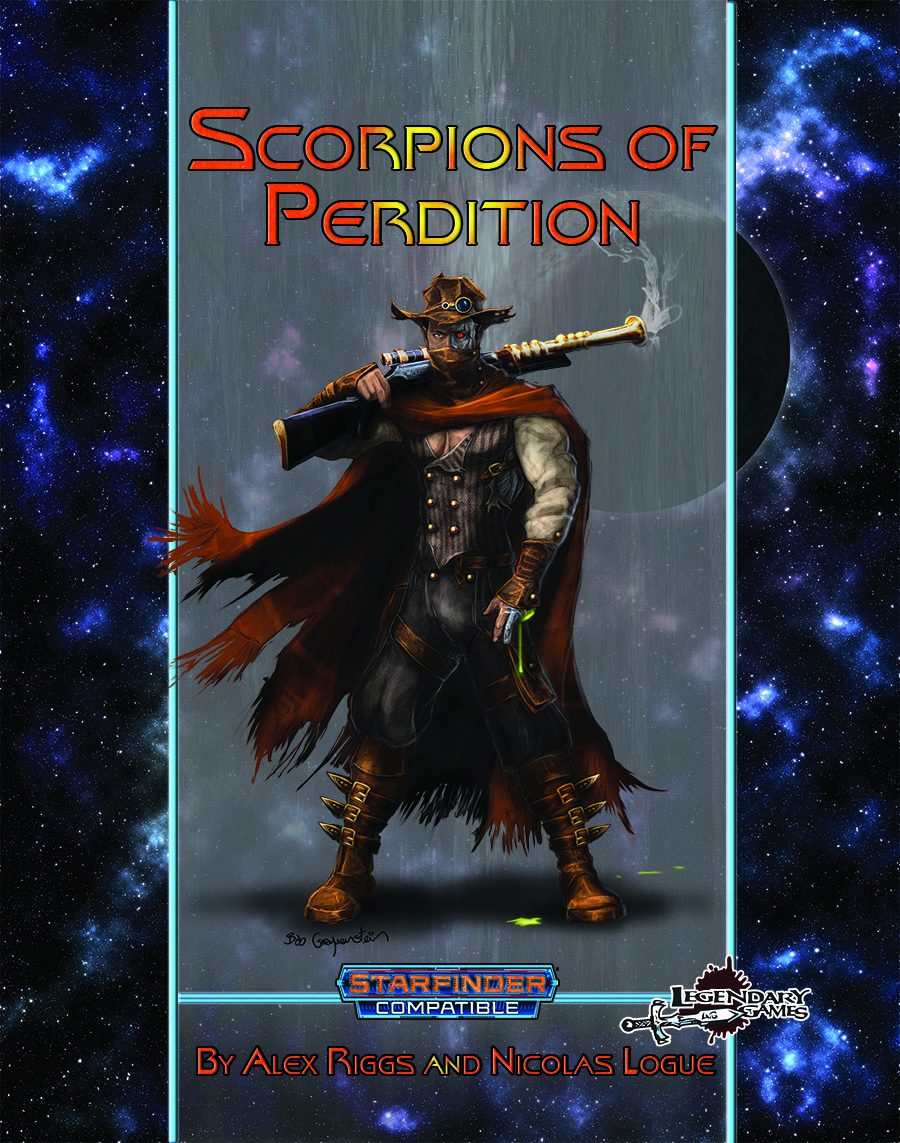 But wait, there’s more! Legendary Planet: Confederates of the Shattered Zone (Starfinder) is finished in layout and ready to unleash upon you for our NEXT Starfinder Sunday!

Meanwhile, in Pathfinder-land, it’s MYTHIC MONDAY again! We are gearing up for our MYTHIC MANIA II Kickstarter, featuring the terrific talents of an ocean of awesome contributors, but we also are releasing standalone supplements for those who just can’t wait! Today, Jason Nelson, Robert Brookes, and David N. Ross are proud to present another all-new mythic path for your players, the Path of the Mystic! This terrific new path not only brings the myriad magical options for psychic spellcasters like the Archmage does for arcane casters and the Hierophant for divine casters, but it also unlocks an awesome array of occult options and killer kinetic tricks and talents! If your character’s path to immortality lies in the pages of occult grimoires, cosmic contemplation, or the psychic conquest of mind, body, spirit, and the fundamental forces of the universe, Path of the Mystic is for you, with over 90 new path abilities and talents! You can grab it today at the Legendary Games webstore, Open Gaming Store, Paizo, DrivethruRPG, and soon at Amazon! 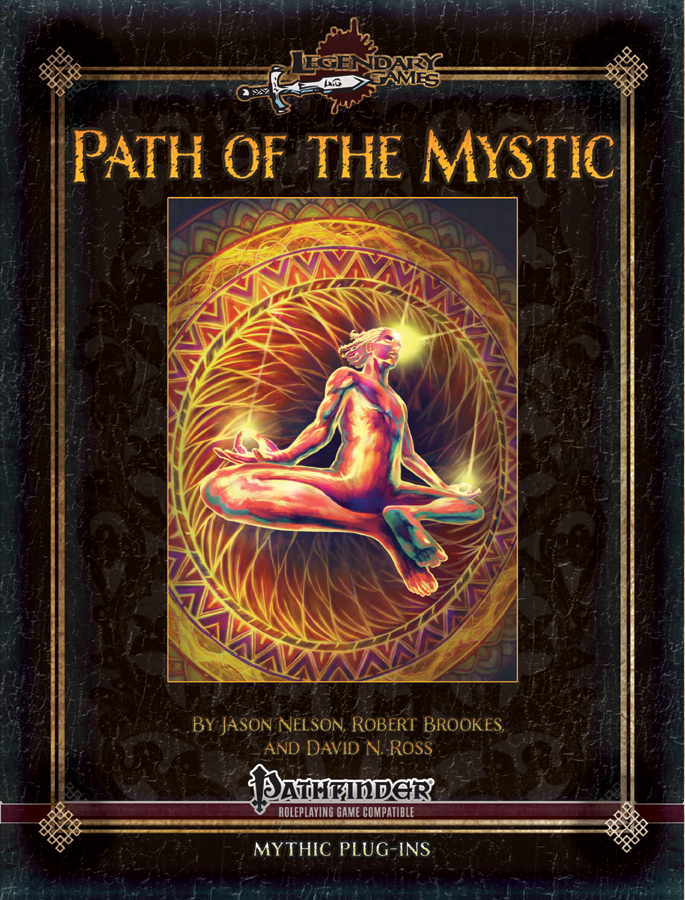 5E fans, we haven’t forgotten about you – the BIGGEST release of all is coming this 5E Friday with the massive 440-page Alien Bestiary! The aliens are landing, and they’re ready to get YOU! 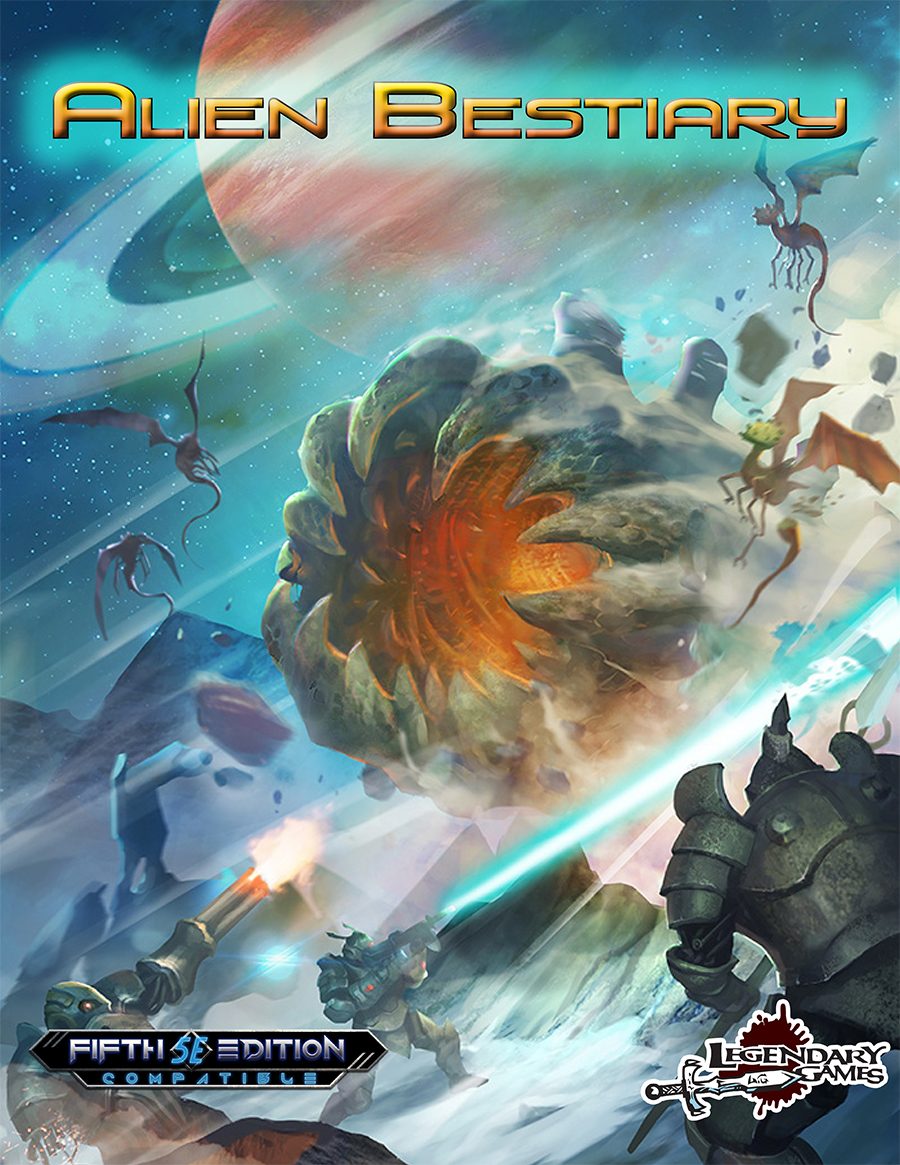