We’ll return to show you a bit more of Beyond the Bright Veil in a future preview, but for now we are going to revisit a few products that we mentioned in the last round of previews in our February blitz but that are now finally ready to launch. Today, that product is Conquering Heroes, Neil Spicer’s latest foray into the realm of pregenerated characters. If you’ve seen Gothic Heroes or Imperial Heroes (and really, you should – they’re AWESOME), then you are already familiar with the ridiculous level of detail and inventive characterization that Neil brings to the party with this line of products. Rich relationships, both to the milieu of the Adventure Path and to other characters in the product, offer a wealth of role-playing opportunities, while the mechanics of construction and advancement perfectly reflect the characterization and personality of each. Today, we introduce you to the first four members of our intrepid would-be rulers of the wild frontier, introducing themselves in their own words:

ARKADYUS SAKHAROV (male human ranger) – “Being born a bastard doesn’t preclude me from a noble life. I know my birthright, even if my father’s family won’t recognize it. Instead, my true inheritance lies over the horizon in a land and a kingdom of my own making.”

DAVOR HESTRUK (male half-orc cleric of the God of Battle) – “Come test your blade then! Mine hasn’t spilled blood in three days, and I’m sure the Lord in Iron thirsts for a new offering in battle. Besides, this needless chatter gets us nowhere. Now we speak with steel!”

FAUNLARA “FAUN” DAEDYS (female elf druid (treesinger)) – “Listen to the trees. Hear how they sway and dance, making music on the wind? Already they know I’ll hearken to their song. For they’re calling me back to the Lost Lands—to the groves of my people—and beyond the Bright Veil, to the very heart of creation itself. I’ll heed that call as surely as I draw breath. It’s how I’ll find my shining moment—and a defining purpose in this season of my life.”

HULGRIM UNDERSPOOL (male gnome sorcerer (fey)) – “Milady! I’d be remiss if I failed to make your acquaintance. Hulgrim Underspool, most grandiloquent esquire—at your service. You know, I do believe that color looks much too drab on you. How about a dash of daffodil yellow? No? Periwinkle? Petunia? Oh, come now. With my magic, we have a veritable rainbow of colors we can select. Even if you say no now, you should know I’ll just change it later when you’re not looking.”

Tomorrow, we’ll reveal the rest of the team, but for now feast your eyes on Hugo Solis’ delightful rendering of Arkadyus Sakharov, ready for action! 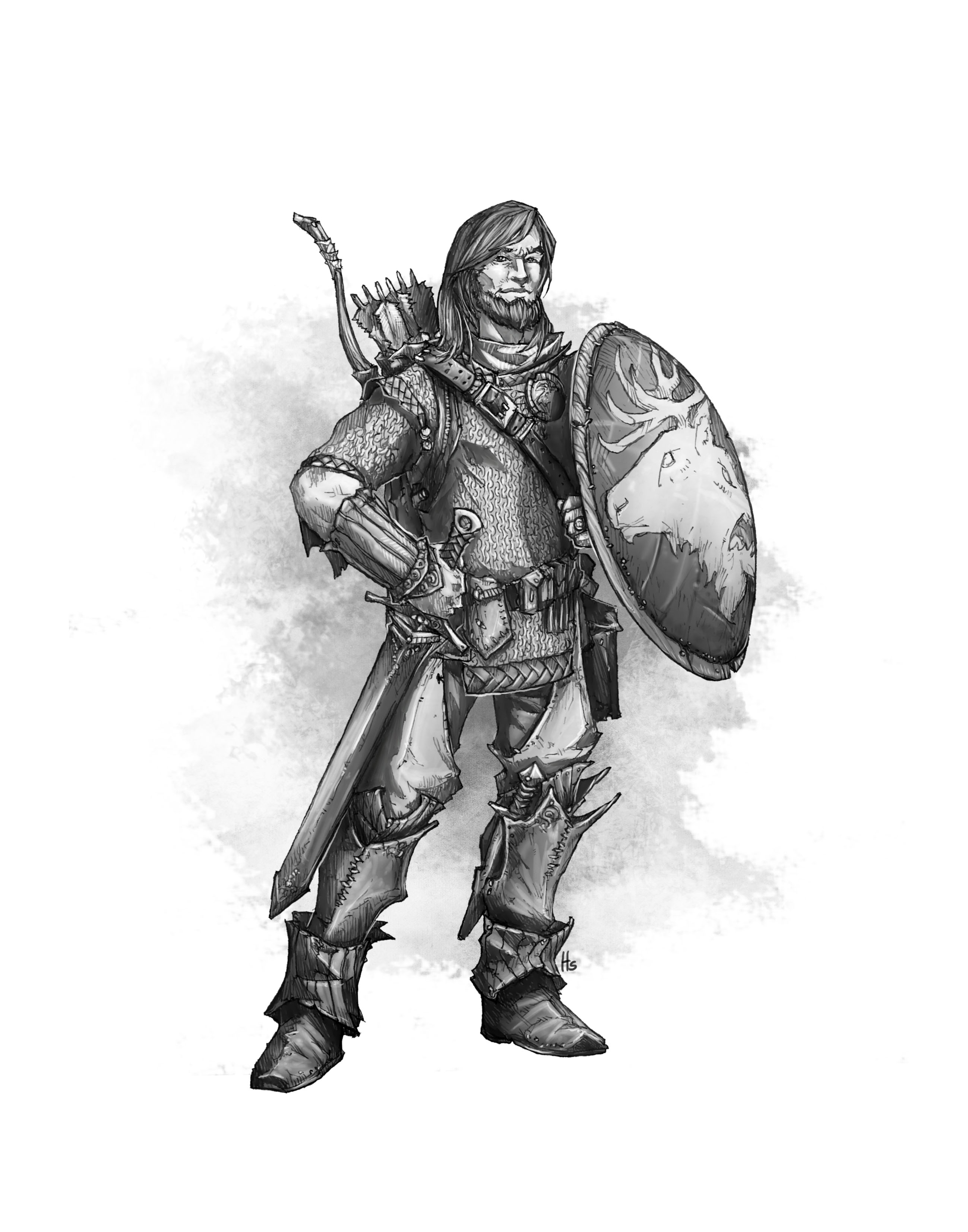