An amazing new accessory for your Pathfinder Second Edition game is here from Legendary Games: Second Edition Spell Cards! The Basic decks are ready for all four casting traditions – Arcane, Divine, Occult, and Primal – containing EVERY cantrip and 1st and 2nd-level spell for each tradition, perfect for you to get started with your campaign. These cards contain complete rules for every spell on a single card (save a handful of highly complex spells spread over 2-3 cards). Print the cards you need or order a set of printed cards, perfect to use with your own deck boxes or card sheets! Second Edition Spell Cards make life easy on you as the player. Just pull the cards you’re preparing for that day and you’re always ready for action! You can get all four decks in PDF or print right now at all your favorite providers of awesome gaming stuff! 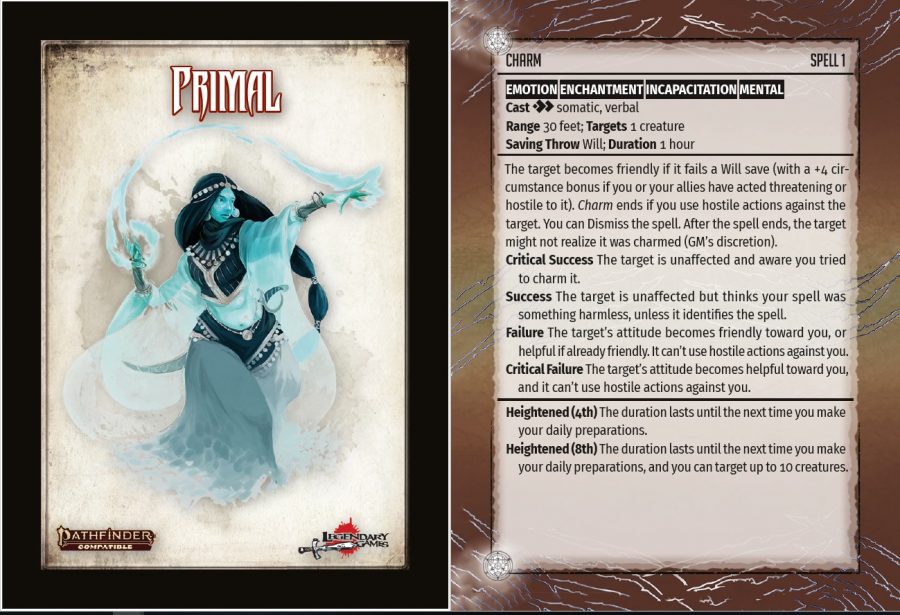 In addition, our next set of cards, including Domain Spells, Devotee Spells, and Class Focus spells, are in layout now and coming soon, with the Master decks for each tradition following in September with all higher-level spells! If you’re playing Pathfinder Second Edition, these killer card decks will definitely help Make Your Game Legendary!

Of course, it’s not just about creating awesome accessories for the rules you already have! We are also delighted to debut the first installment in our ongoing series of microprojects for Pathfinder Second Edition, Just a Second! Each one takes you on a quick spin around a new piece of rules lore, one page of pure concentrated fun for your PF2 game! Each PDF takes on its own unique corner of the PF2 rules, starting with Matt Daley’s quick dissertation on Convergence Feats, 11 fantastic feats to make multiclassing more rewarding and more fun in your Pathfinder Second Edition campaign. You can grab each installment in the Just a Second series as it comes out for just a buck right here at the Legendary Games webstore, Open Gaming Store, Paizo, and DrivethruRPG! 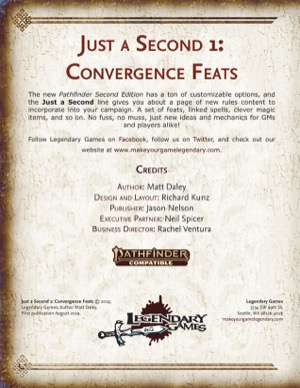