Today we are excited and delighted to announce the launch of our latest creation for the Starfinder Roleplaying Game and the Aethera Campaign Setting, all in one with Star Classes: Cantor! This full-casting class taps into the celestial chorus of the mystic Score that underlies all reality and channels music into mysticism to unleash power beyond imagining! This 44-page class book includes over two dozen feats and eldritch hymns, over 60 spells for Starfinder, plus four fantastic archetypes. This class was originally created for the Aethera Campaign Setting but can be used in any Starfinder campaign to bring a whole new kind of magic to exploring the infinite beyond! Grab it today in print and PDF at the Legendary Games webstore, Open Gaming Store, Paizo, DrivethruRPG, and soon on Amazon! 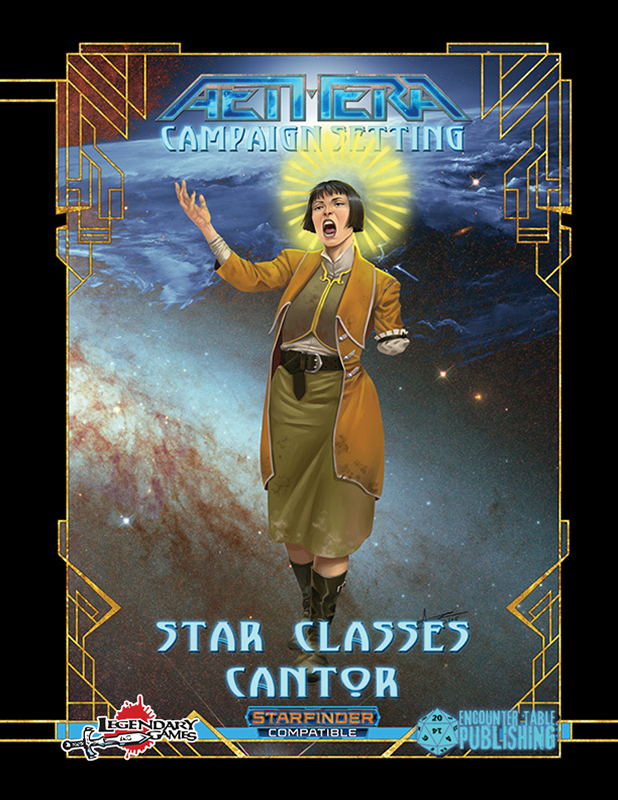 You also can find an amazing assortment of Starfinder character and creature rules in the amazing Aethera Field Guide, featuring over 200 pages of world lore including over 50 new creatures, new character options, equipment, and so much more to fill out the alien ecologies of the worlds of the Aethera system! It’s also available now for Pathfinder and soon for 5E rules as well!

Speaking of Second Class Saturday, though, the cantor class for Starfinder is only the second class we’ve explored this weekend, because we also debuted the first installment of our brand-new Second Class Guides for Pathfinder Second Edition! Each installment takes a deep dive into one of the newly released classes for the new game, giving you analysis and advice of how to build the character you want with the new rules! Get color-coded star ratings on ancestries, ability scores, class feats and options, skill feats, equipment, magic items, and more! The first installment is ready for you today, with everything you ever wanted to know about the alchemist class for Pathfinder Second Edition, and the next installment for wizards is in layout now and coming your way next week! You can get Second Class Guides: Alchemist right now in print and PDF at the Legendary Games webstore, Open Gaming Store, Paizo, DrivethruRPG, and soon at Amazon!

Plus, if you like what you see, we’re setting up a Patreon for our Second Class Guides and upcoming Legendary Second Class books, so you can have the first crack at all of them! 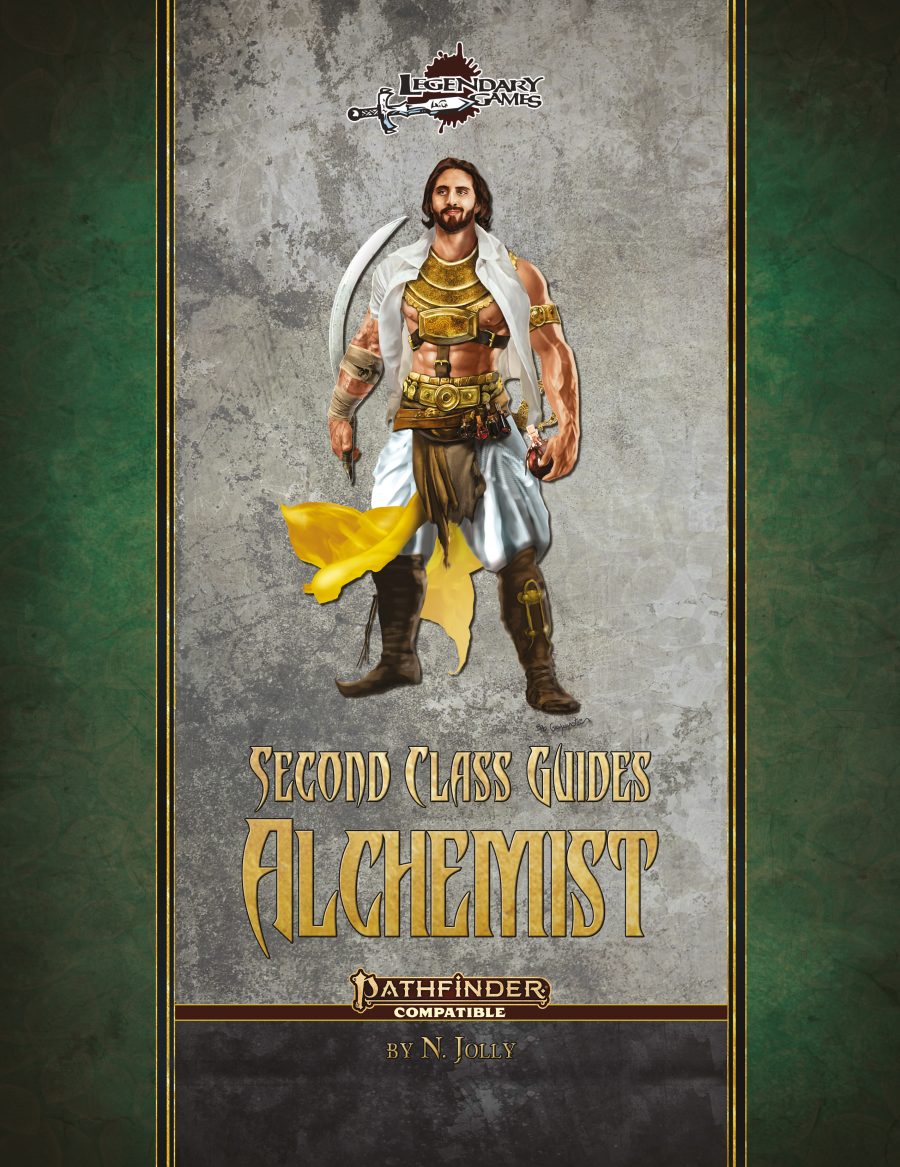 Our next Second Class Guide for wizards is already finished in layout and will be available soon to our Patreon patrons once we get it all set up, and going into wide release in September!

Of course, for classes we haven’t forgotten about other editions too, with Ultimate Commander (5E) releasing in late July and bringing the general and hordelord and their squads of soldiers and zombies to 5th Edition, and coming next week, Legendary Rangers for the 1st Edition Pathfinder Roleplaying Game! Whichever game system you prefer, this is definitely a Legendary opportunity to add some class to your campaign! 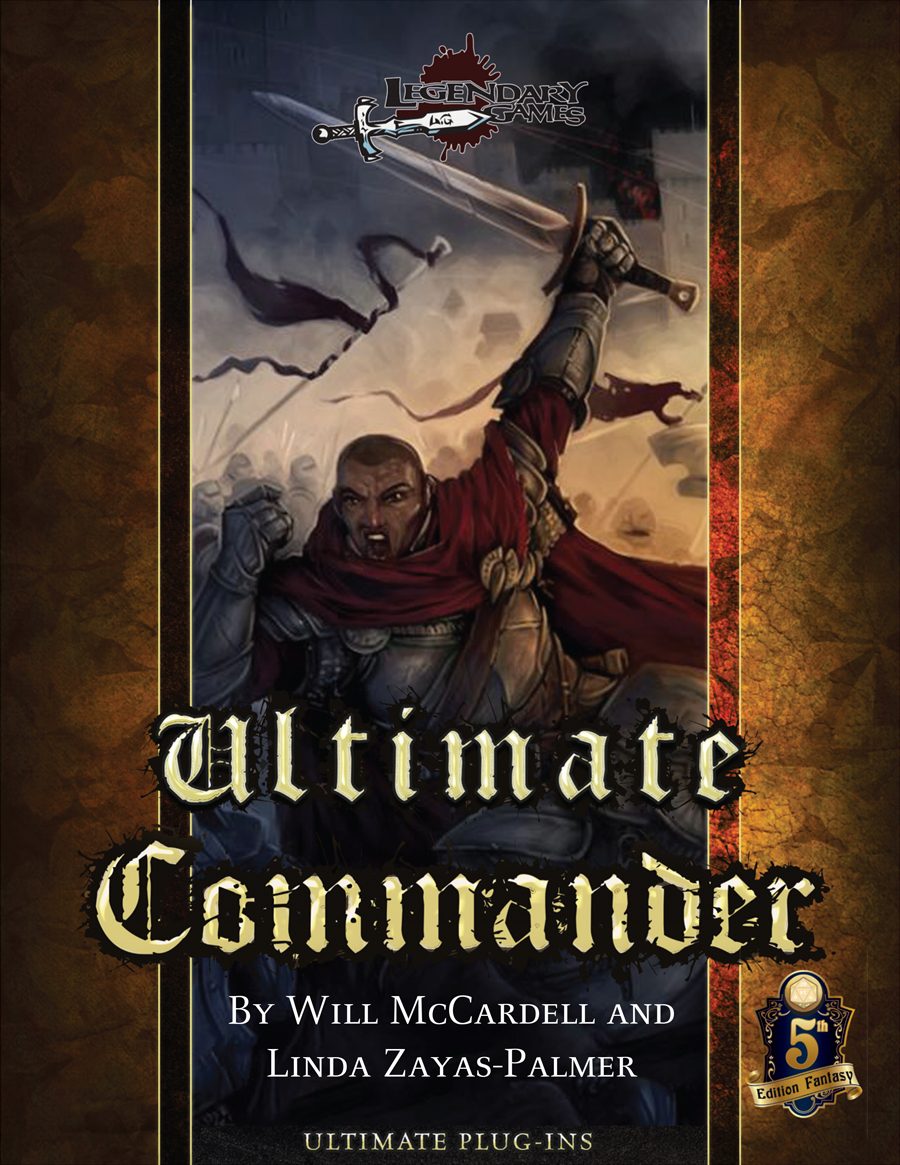