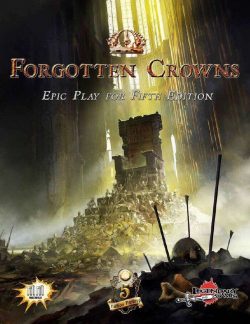 Pallatia, the Ruler's Rest, is a dimension of floating isles where those of noble achievements and royal blood spend the afterlife. Eons ago the emperor god Leviatos died and since then his planar home has slowly frayed and weakened, only breaking just now. The long dead kings and empresses that dwell there have slowly gone mad in the absence of their deity, and the broken energies sustaining their home are trapping dimensional travelers—and worse. Things from beyond and below have begun to invade Pallatia, hastening its end and the total destruction of any soul within.

PLUS the epic adventuring continues in the upcoming Dismantling Cities module for parties of 24th level or higher!