The dragons are coming! THE DRAGONS ARE COMING!  If you’re an old-school fan of Dragon magazine like me, you know that June was always their anniversary dragon-themed issue, so I am delighted to bring you this product and the forthcoming Path of Dragonsin celebration of that tradition. We could love for you to purchase Mythic Monsters: Dragons right here in print, PDF, or a bundle of both at the Legendary Games webstore, but for your convenience you can also find it for sale in PDF at d20pfsrd.com, at Paizo.com, and DrivethruRPG, and in print from CreateSpace.com and amazon.com (and soon from Paizo as well)!

To whet your appetite (like mythic dragons weren’t awesome enough on their own), here are some of the things you can expect to find within these pages. First off, a list of the creatures within:

And what, pray tell is a fell drake? Well, a picture is worth a thousand words, and Michael Jaecks has created a delightfully dreadful image for us below, and just to show what makes the fell drake so mythically awesome we present just a sampling of its unique mythic powers for your enjoyment. Pick up your copy today to get all the gory details! And I do mean gory… 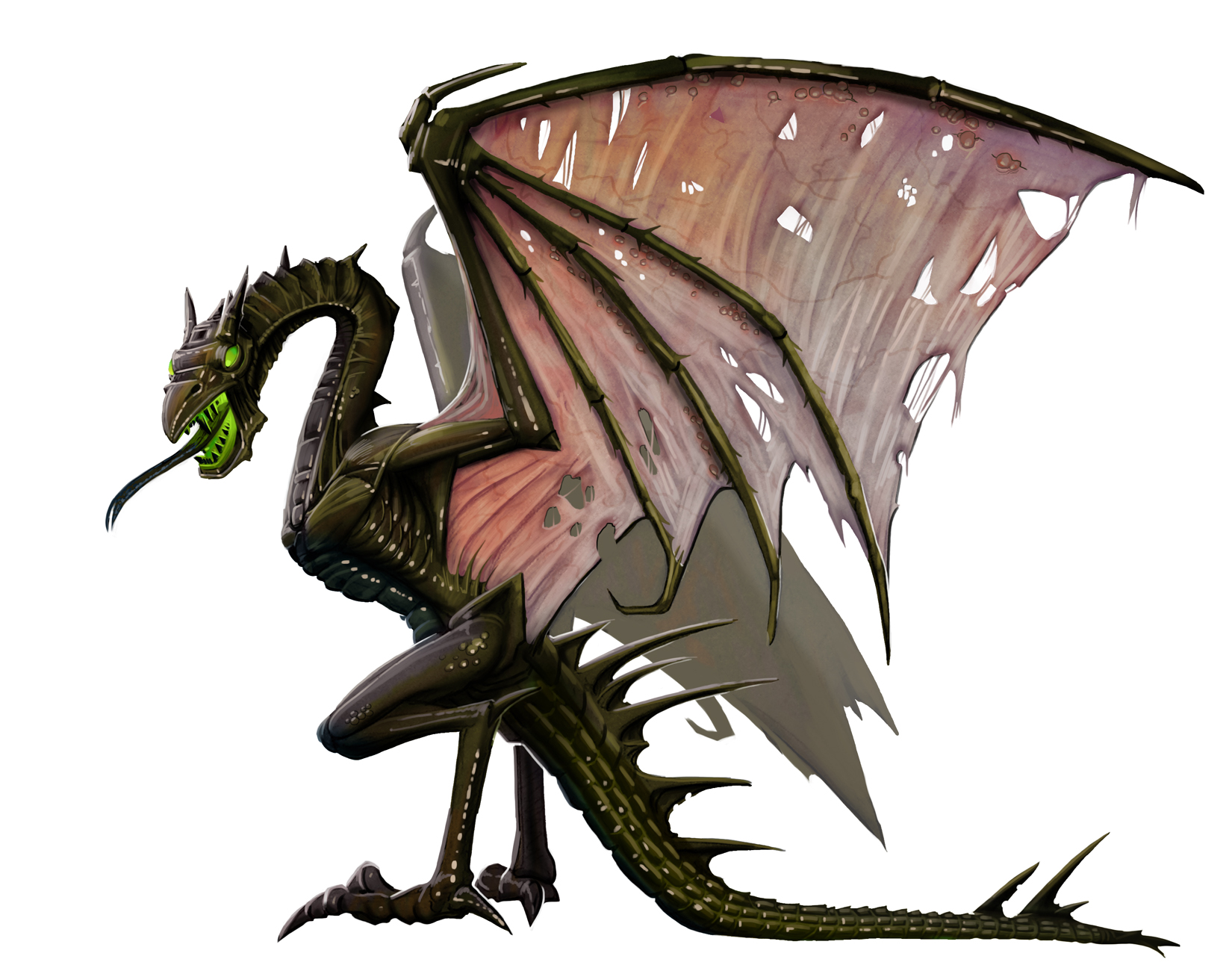 Come not between the fell drake and his prey…

Ghost Rider (Su) A fell drake can take an incorporeal creature as a rider. The rider uses the fell drake’s fly speed and maneuverability as its own and otherwise follows the rules for mounted creatures, and also gains the benefits of the fell drake’s ghostly shroud. If the incorporeal creature possesses frightful presence or an unnatural aura or can create a supernatural fear effect with a fixed radius, such as a ghost’s frightful moan, it adds the radius of its own ability to the fell drake’s to determine the area of effect. If the effect allows a saving throw, creatures within the expanded area must save twice (once against the save DC of the rider and once against the fell drake’s save DC); if either save fails, the creature is affected by the aura.

Ghostly Shroud (Sp) A fell drake is surrounded by wisps of ectoplasmic force, protecting it as continuous mage armor and entropic shield (caster level 13th). If these effects are dispelled, the fell drake can resume them as a free action on its next turn.

Plummet (Ex) As a standard action or as part of a charge action when flying, a fell drake can attempt an overrun combat maneuver against a smaller creature. This maneuver does not provoke attacks of opportunity, and its target cannot choose to avoid it. A creature knocked prone with this overrun maneuver takes 2d6+12 points of bludgeoning damage. If the drake expends one use of its mythic power, it can use this ability against up to three creatures.

Rider’s Bane (Ex) If a fell drake strikes a mounted rider, that rider must succeed at a Ride check against a DC equal to the fell drake’s attack roll or be dismounted. If a fell drake attacks an animal with a rider, on a successful hit the animal must succeed on a DC 18 Will save or fall prone (dismounting its rider) and begin cowering for 1d4 rounds. The save DC is Charisma-based. If the fell beast expends one use of its mythic power as a free action, it can force the mount and rider to roll twice and select the worse result on a saving throw or Ride check made against this ability, and if both the rider and mount are knocked prone the rider takes 4d6 points of bludgeoning damage as the mount lands on top of it and is pinned for as long as the mount remains cowering. Getting out from underneath a cowering mount requires a DC 21 Strength check or Escape Artist check.