I’m not a video gamer, but this whole “GamerGate” thing has been making such waves in the waters of nerd-dom that I can’t help but notice the negativity that still lingers in many corners of our collective space around the role of women in traditionally male-centered hobbies. I’m also a sports fan, and there’s plenty to see in that arena (pun intended) to show that contemptible attitudes about women and their qualifications to contribute meaningfully and with excellence in those areas are hardly restricted to geek culture. There’s plenty of vitriol in a lot of places, and it sucks everywhere you find it. We are all here to have fun and do something we love and share it with others; why some people have such a problem with that is beyond me, but they do. When you think about what we can do about genderist trolls in the hobby, we hopefully more enlightened gamers and nerds who are delighted to game with and work with folks of every gender can try to raise the level of conversation on these issues. That’s often a losing proposition, as you’re never going to convince a troll that it’s wrong, but some folks more firmly in the trollish crosshairs may appreciate your shouts of support. But it’s not enough.

If the best revenge is living well, then the best counter to trollishness against women in the hobby business is to keep women living well in the hobby business. Publishers have an opportunity to be proactive in the people they work with to make a difference in the professional landscape of the hobby, both in the content they create and the people they hire. I often tell the story of how Julia Martin was the first person who hired me to do professional game work for Wizards of the Coast back in 2002. I loved her work on the Forgotten Realms deity books (she was very tickled when I referred to her as “THE Julia Martin”) and got to know her as a friend and fellow gamer playing in one another’s campaigns for years. Women have been around the business for a long time, and one need look no further than Lisa Stevens and her long career across multiple companies, culminating in the the last decade-plus running Paizo, Inc., where they’ve long been very intentional about inclusivity on the printed page and in their staff.

But what does that have to do with previews at Legendary Games?

Legendary Games was founded as a crew of all-star freelancers for Pathfinder, people who had written Adventure Paths and core rules hardbacks and Superstars, but it was never intended to be an all-boys club. We’ve had female artists and layout (hi Liz Courts) and a female Business Director in Rachel Ventura, but we had never quite managed to get a female author in print… until now. Not for lack of trying; we had several projects with talented folks where things just didn’t come together as we had planned, or had to be pushed back, but ifs and buts aside we are pleased to also announce that the recently released Pirate Codex features the able contributions of Ms. Linda Zayas-Palmer, with whom I’ve been acquainted for several years through PaizoCon, where I got to know her and her beau, Mark Seifter, and both impressed me with their talent and intelligence and love of gaming. She has recently started freelancing for “the golem,” and we talked about some projects that might be a great fit, and the Pirate Codex is the first of those to hit the shelves. It won’t be the last.

Now I don’t tell you this so that you’ll go buy the Pirate Codex because it’s got a female author on it. You should go buy the Pirate Codex because it’s AWESOME, and Linda and Matt Goodall and I all contributed parts of what make it awesome, along with the art and layout team. It’s not just about having certain chromosomes; it’s about mastering the rules and honing your craft and being professional and making stuff that rocks. But it is important to remember that there are lots of talented women out there in our hobby, and they are well able to make great gaming products.Whether you’re a publisher or a customer, this is a great resource that hasn’t always been well tapped. Legendary Games has several projects pending out there as yet unannounced with some fantastic females involved, and I am sure you are going to love these Legendary Ladies and the stuff they are bringing to the table.

With that, I think I’ll drop a preview for an entire brand-new series of products we have never mentioned before, but just might cross over into ALL of our existing product lines. A picture is worth a thousand words, but I wonder what the Mystic Seer will see there for you. What relationship might this picture have to the final product? 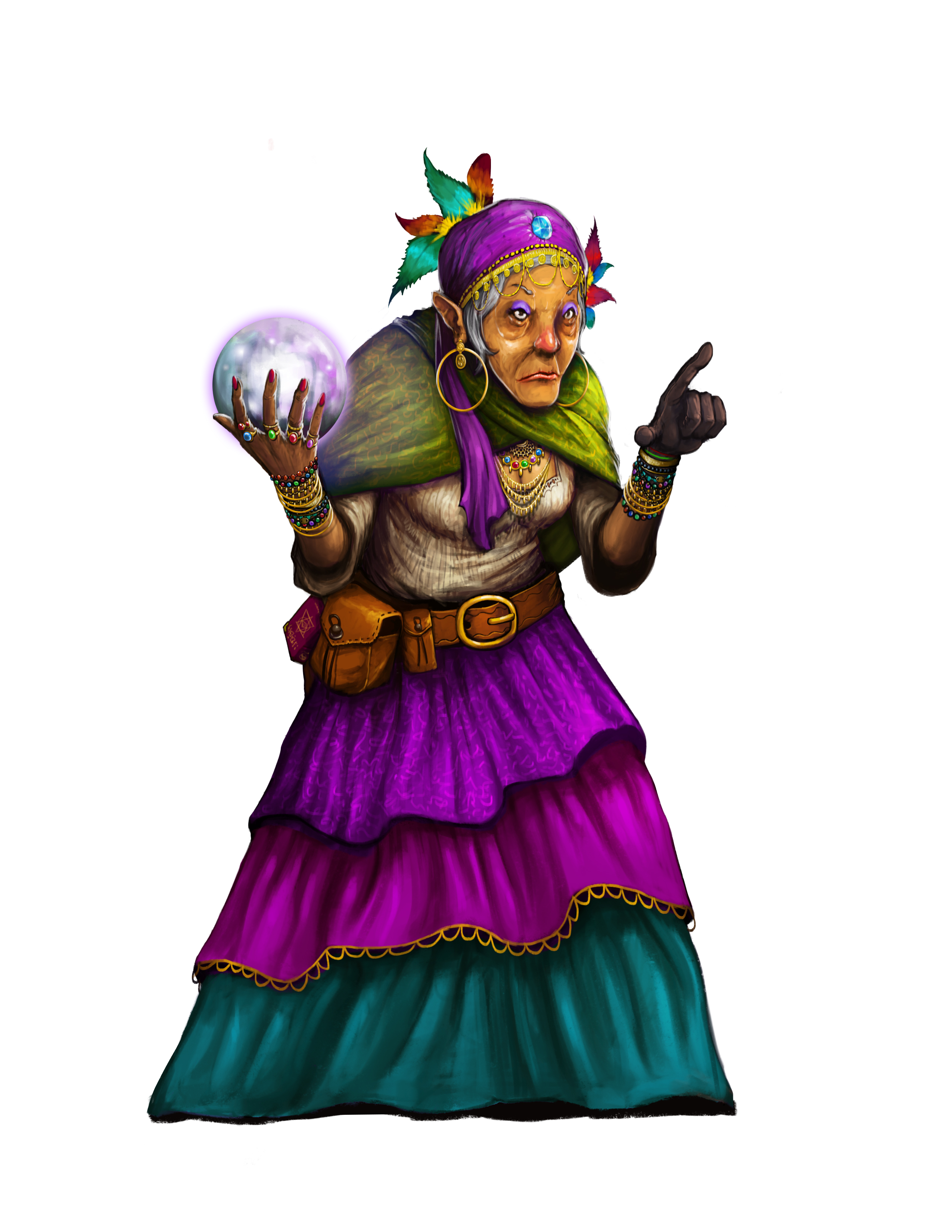