Today we take you on a deeper look inside the pages of Mythic Monsters: Heavenly Host, the 30th installment in this series! We already previewed the table of contents, and we’ll give you a taste of what you’ll find within. Every Mythic Monsters book has a dozen and one monsters (at least), but each also comes with an installment of bonus content relevant to the creatures profiled within. In this case, we introduce the concept of Sacred feats, which are not just the usual kind of open-ended feat slot-fillers you’may be used to. To even qualify to take them, you must first perform a service for a celestial being, which enables you to take the following “gateway” feat:

Your acts of service to the powers of the upper planes have brought you their blessings.

Prerequisite: Cha 13, good alignment, able to speak Celestial, and you must have performed a service for a mythic outsider (minimum mythic rank 2) with the good subtype.

Benefit: You gain a +1 bonus on Charisma checks and Charisma-based skill checks made with good-aligned creatures, who can sense the aura of beneficence that surrounds you. You take a -1 penalty on such checks with evil-aligned creatures, save that on Intimidate checks you gain a +2 bonus instead of taking a penalty.

Special: This feat serves as the prerequisite for other sacred feats. An outsider with the good subtype is treated as if it had this feat for the purpose of meeting feat prerequisites.

Mythic: The bonuses granted by this feat are increased by 1, but the penalty on Charisma checks and Charisma-based skill checks (other than Intimidate) with evil creatures increases to ─4. You may expend one use of your mythic power to suppress this penalty for 1 hour.

Once you have been anointed as a Sacred Servant, you must then take and follow a vow, akin to a monk’s vow, and after faithfully fulfilling that vow for at least a month you then gain the benefit of an additional sacred feat as a bonus feat (and, as you rise in level, you can gain more than one sacred feat by keeping multiple vows). Sample sacred feats included in this book are Healing Hands, Heavenly Halo, Purified Magic, Purified Spell, Purify Spell-like Ability, Sacred Spell Resistance, Sanctified Sneak, and Sanctified Strike, and all are presented with standard and mythic versions of each feat.

Of course, heavenly beings themselves can get in on the purification act, as exemplified by this ability for the mythic movanic deva:

Purifying Flame (Su) A mythic movanic deva’s flaming greatsword functions as a flaming burst greatsword against undead, and one-half of the fire damage it deals is treated as untyped damage that bypasses the fire resistance or immunity of evil creatures. When its sword is used to touch a good-aligned creature as a full-round action, that creature is outlined in purifying flames akin to faerie fire for 1 round, and at the end of that time it receives the simultaneous benefits of remove curse, remove disease, and remove fear. In addition, as a full-round action a mythic movanic deva can expend two uses of its mythic power while whirling its sword overhead. This creates a burst of light equivalent to daylight lasting 1 minute, centered on the deva, and all good-aligned creatures within 20 feet are limned in purifying flames as described above.

Mythic Monsters: Heavenly Host, featuring the very best of the good outsiders will be available for you tomorrow in wide release!

But let’s not forget about the amazing Legendary Planet project that is in full swing here at Legendary Games! The next adventure in the series, To Worlds Unknown, is almost finished with editing and development and will be heading to layout soon, which means the Legendary Planet Player’s Guide and The Assimilation Strain will both be going on sale to the general public when it does. For backers of the Kickstarter, check out the latest update announcing that you can download revised versions of both the Pathfinder and 5th Edition PDFs right now, using your same download links – if you have any trouble, just email us at makeyourgamelegendary@gmail.com. We’ve also included a bunch of incredible preview art in that update, and right here we’re also going to share the latest cover for this series by the terrific Tim Kings-Lynne! 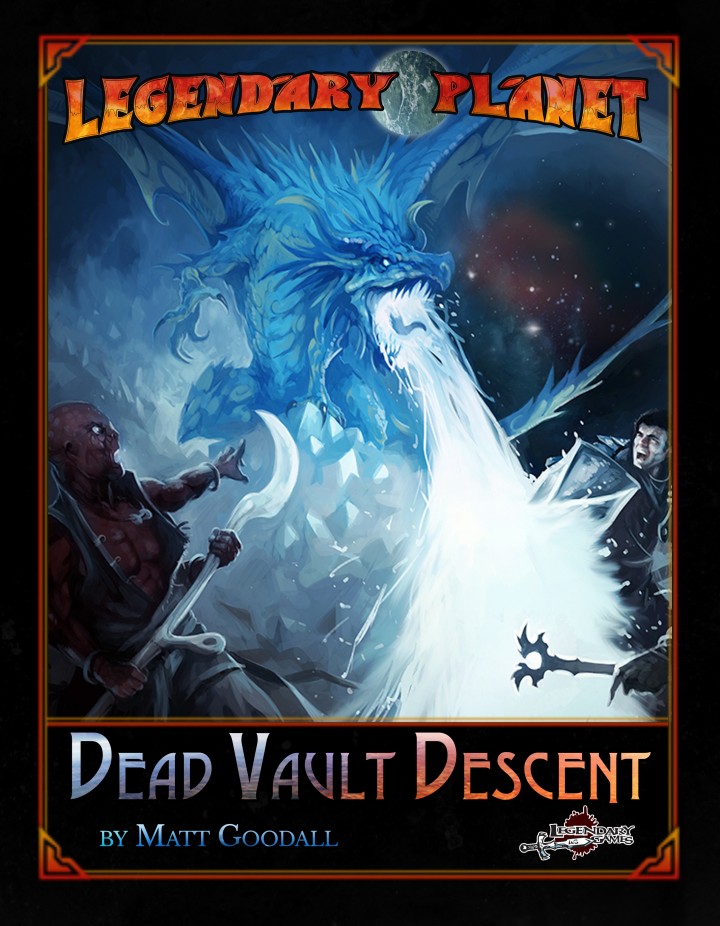