Skip to content
Home » News » A second GenCon deal… and a THIRD!

In our last post, we announced some amazing new bundles going live over at shop.d20pfsrd – 40% off and MORE. Well, we’re about to add a little bit MORE to that MORE!!! We are going to be offering another bundle at LESS THAN HALF THE COVER PRICE – a gaggle of 5-star, seal-of-approval awesomeness in the form of the Gothic Grimoire Bundle – a quintet of awesomely awful eldritch tomes chock-full of new feats, spells, class abilities, templates, and more, wrapped within some of the most delightfully decadent lore and flavor text you’ve ever seen. These “books” take the idea of a tome of forbidden lore and unspeakable magic and dial it up to 11 and beyond. These books contain fantastical eldritch symphonies from beyond space and time alongside ghoulish secrets of depraved devolution that an accursed academic engraved onto her own skull. They take the form of mummy wrappings imbued with ancient wrongness and paeans to a proemial entity that predates religion embroidered into the cloths but only able to be read from the inside to investigations of invisibility that takes on an impossible life of their own to a treatise on tyranny the likes of which none has ever seen. To purchase The Necrotic Verses, On the Inverse Calculus of Unseen Refraction, Spellbones of the Devourer, The Sepulchral Swaths of Tanoth-Gha, and To Serve A Prince Undying separately would cost you $12.45, but during GenCon at shop.d20pfsrd you can get all five for just $5.55! 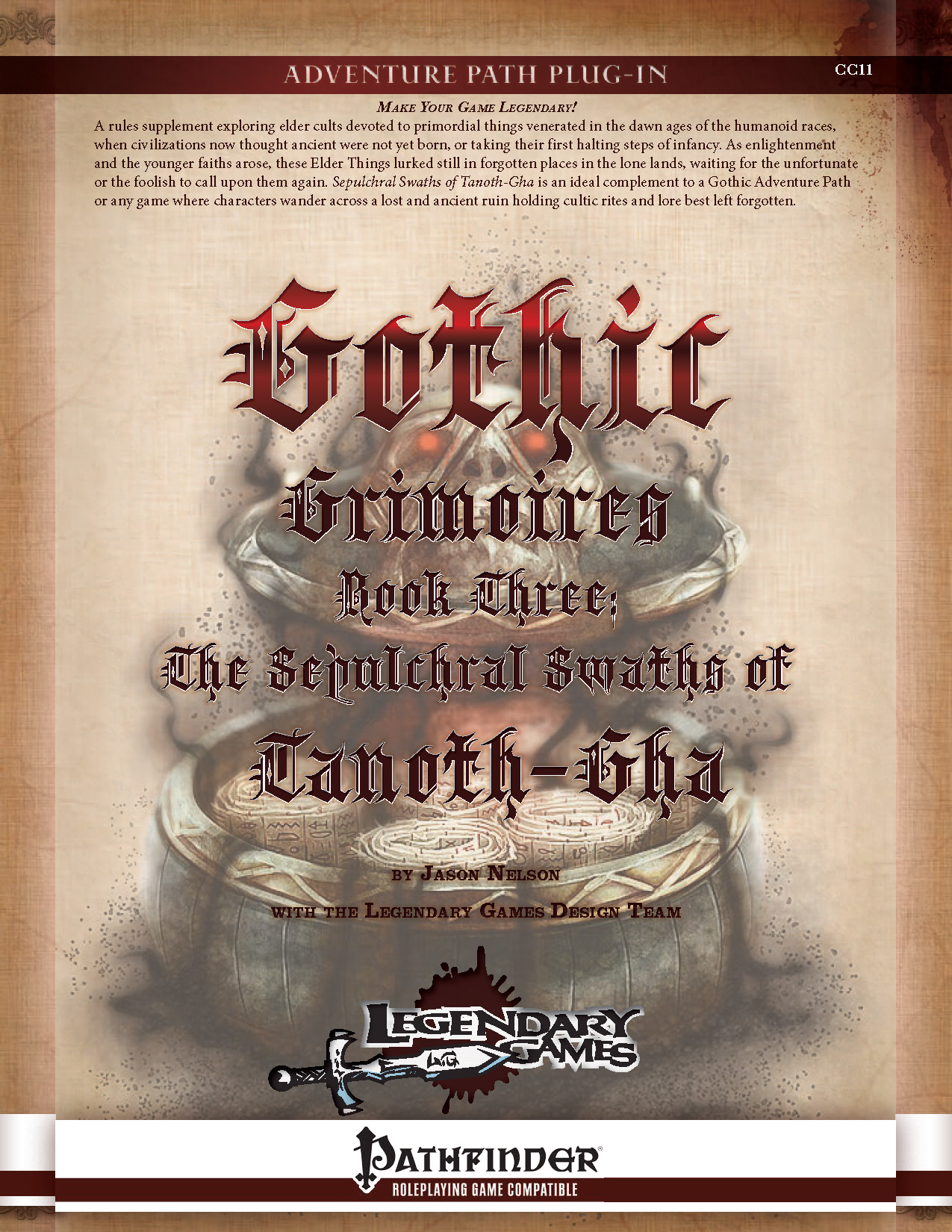 But let’s say that you already have some products in a bundle, or you just want a little bit of everything. What can you do then?  Well, you COULD just sidle over to our friends at DrivethruRPG/RPGNow and say, “Hey, I want EVERYTHING LEGENDARY GAMES MAKES, and I want it A THIRD OFF! That’s what I want!” And we’d say, “LET’S DO IT!” You want special bundles, check out some amazing deals at shop.d20pfsrd. You want 33% OFF EVERYTHING, head on over to DrivethruRPG/RPGNow! Remember, this is a GenCon sale, so you’ve gotta hit it hard and fast from Thursday 8/13 to Sunday 8/17!