Last month we released The Way of Ki, a 5th Edition supplement greatly expanding the options for characters and ki, not just for monks but for characters of every class. Today we are pleased to present a fantastic followup to that expansion (though it can be used without it) in Meditations of the Imperial Mystics, a collection of four ancient tomes and texts of Eastern wisdom. Each one has its own history and flavor, and understanding their mystic secrets can be fraught with peril, but each is a unique treasure to be found by the heroes unaware of its nature, or you can drop clues about their existence and have the track them down in search of the hidden power within Body Outside Body, Instructions of Yin-Blood and Thundering Yang, Prayers of Empty Flesh and Undying Ki, and Seven Ghost Needles! You can pick up this great 5E supplement for just 4.99 at the Legendary Games webstore, Open Gaming Store, Paizo, and DrivethruRPG! 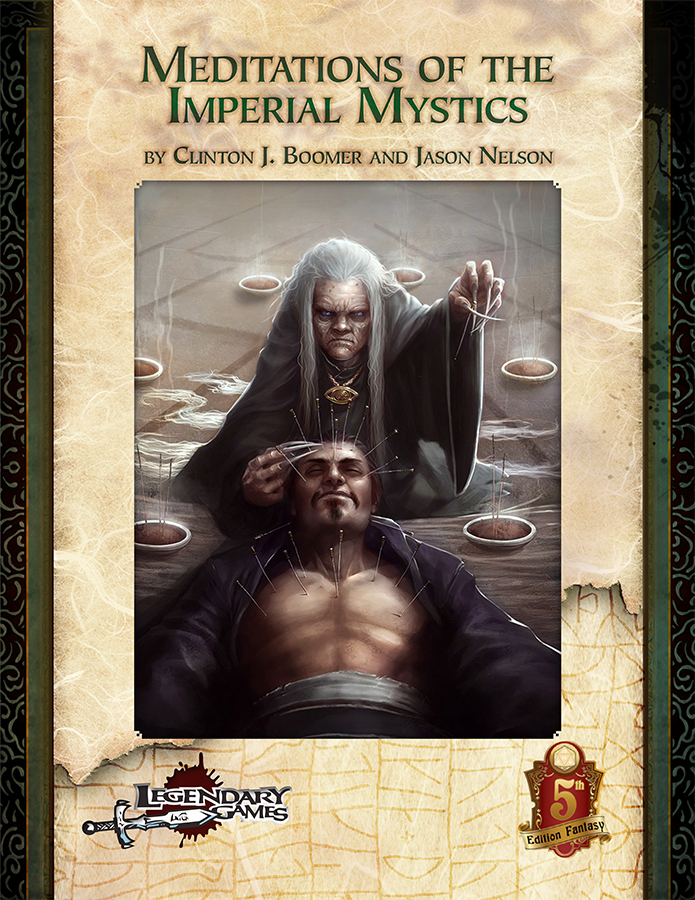 We hope you enjoy the awesome accessories we’ve been creating for Asian-influenced games, whether you go with full on Oriental Adventures or just a dash of Asian flavor. You can pick up other great products in this line like Beasts of Legend: Beasts of the East and adventures like Road to Destiny, The Baleful Coven, and Under Frozen Stars, with more Asian-themed products coming down the road!

The last adventure in that list, Under Frozen Stars, combines Asian elements with exploration of the polar regions, plus a hearty dash of sci-fi elements, and we are excited to offer new 5E products that blend sci-fi with fantasy! We have our massive Legendary Planet Adventure Path, for which we have just released the latest chapter to our Kickstarter backers and which be available to the general public next month! The Scavenged Codex is a massive 120-page adventure for 5th-8th level characters that includes new monsters, magic items, a planetary gazetteer, special rules for vehicles and chase scenes, an ongoing fiction saga, and more! You can use this adventure on its own or as a follow-up to The Assimilation Strain (1st-2nd level) and To Worlds Unknown (2nd-5th level), as well as pairing it with the Legendary Planet Player’s Guide, and can pick up all of these up right here at the Legendary Games webstore or wherever you get your gaming products! 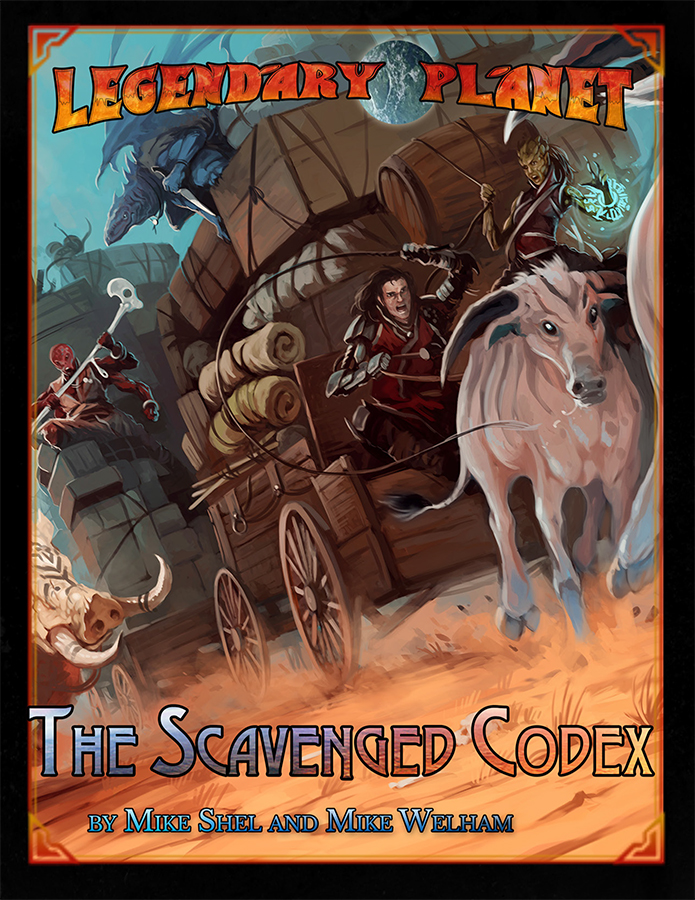 In addition to Legendary Planet, though, we are also gearing up a new series of standalone sci-fi/fantasy products that can be easily incorporated into any ongoing campaign where you just want a dash of technology or magitech to spice up a traditional fantasy setting. The first in this series is coming soon for 5E characters of 8th-9th level: Prepare for the Scorpions of Perdition! 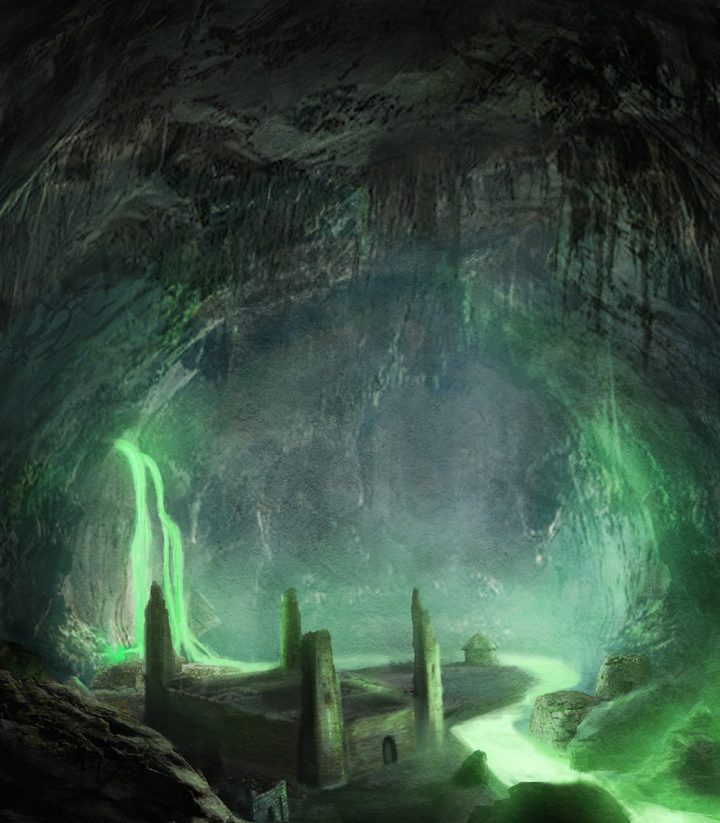 What’s Down in Those Mines; It Ain’t of This World!

A strange craft fallen from the stars, long the home of a tribe of monstrous mutants worshiping the long-forgotten technology in its ruined bowels, has birthed a new and fearsome scourge. Alien prisoners once bound in its holds have escaped from the derelict, bringing terror and death to a poor mining town while a lone android marshal wanders the wasteland seeking these escaped interplanetary convicts. The heroes find themselves stalked in turn by an unearthly abomination in a twisting catacomb of mines and must dare the precarious ruins of the dangling spacecraft embedded in the cliffs if they are to stop the conquering forerunners of an ancient empire buried centuries ago from rising again to pick up where they left off… with world domination!