Every campaign needs amazing treasures and Epic Treasures takes your hoards to a whole new level with over 60 magnificent magic items to adorn your 5E campaign. Each one offers exciting and dynamic options drawn from myth, legend, literature, and gaming history, with detailed powers and effects for heroes of every level, but all have additional abilities that can be unlocked only by adventurers with a touch of destiny. You’ll find amazing armor and wonderful weapons like the cuirass of miracles and blade-eating battleaxe alongside fabulous rings, mighty rods, and truly wondrous items like the midnight beacon, diamond of everwinter, and slippers of star-striding. These extraordinary items also have hidden powers revealed only with proper turn of fate, or in the hands of characters anointed with epic boons or divine blessings! Now available in PDF and print – enrich your 5E campaign today and grab a copy at the Legendary Games webstore, Open Gaming Store, Paizo, DrivethruRPG, and Amazon!

Plus get ready for next week’s 5E Friday when we unleash the second spectacular chapter of the amazing Aegis of Empires Adventure Path with The Ebon Soul, where a high-society soiree turns supremely sinister and your heroes find themselves trapped between horror and despair. Allies become enemies and enemies may become allies as your heroes must thwart the spread of a fate worse than death.

Of course, you shouldn’t miss the first adventure in this macabre masterpiece of an adventure saga, The Book in the Old House, an evocative and atmospheric investigation into the haunted history of an ancestral mansion and a baneful book whose secrets just make shake the foundations of the world. It all starts off simply enough, as many low-level adventures do, but as this 70-page adventure plays out your heroes will realize they are in for death, danger, doom, and delight in equal measures. Take your first steps into the adventure of a lifetime with The Book in the Old House, available in PDF for just $9.99 and in print for $19.99 at the Legendary Games webstore, Open Gaming Store, Paizo, Amazon, and DrivethruRPG! 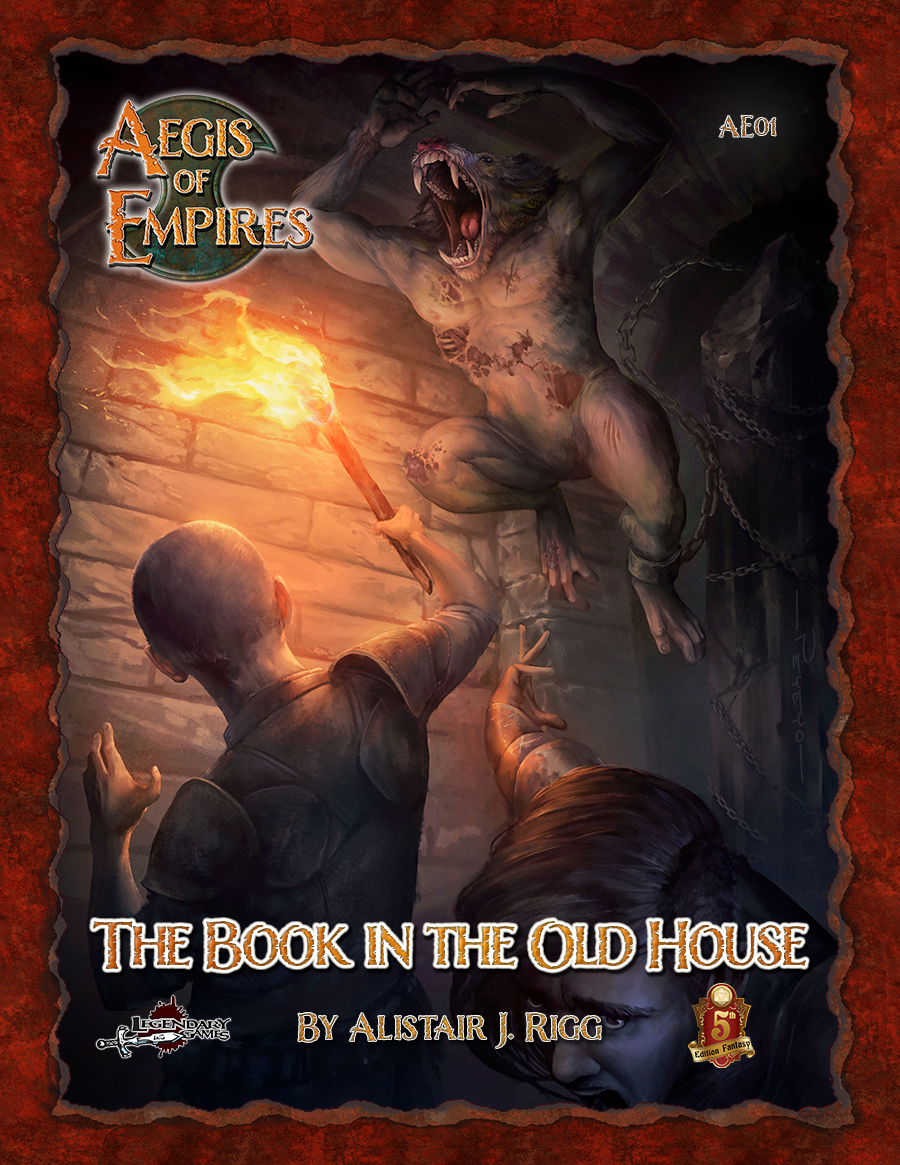 A truly epic adventure saga, Aegis of Empires can be played in any world but is specifically designed for the incredibly detailed Lost Lands Setting (which project lead Greg Vaughan spent nearly a decade perfecting with the classic adventures of Necromancer Games and Frog God Games). Your heroes must trek across the Kingdoms of Foere, Reme, the Vast, and beyond to uncover the clues of an ancient mystery, a lost prince, an expedition to the ends of the earth, and a silent apocalypse stealthily creeping to overwhelm the land, from the start of their careers up to 17th level! This spectacular saga from the powerful pens of Alistair J. Rigg, Jeff Swank, Matt Goodall, Steve Helt, Tom Knauss, Anthony Pryor, and Greg Vaughan includes a 48-page Player’s Guide to introduce the history and lore of the region, compatible with all three game systems – available in PDF for just $4.99 and or in print at the Legendary Games webstore, Open Gaming Store, Paizo, Amazon, and DrivethruRPG! 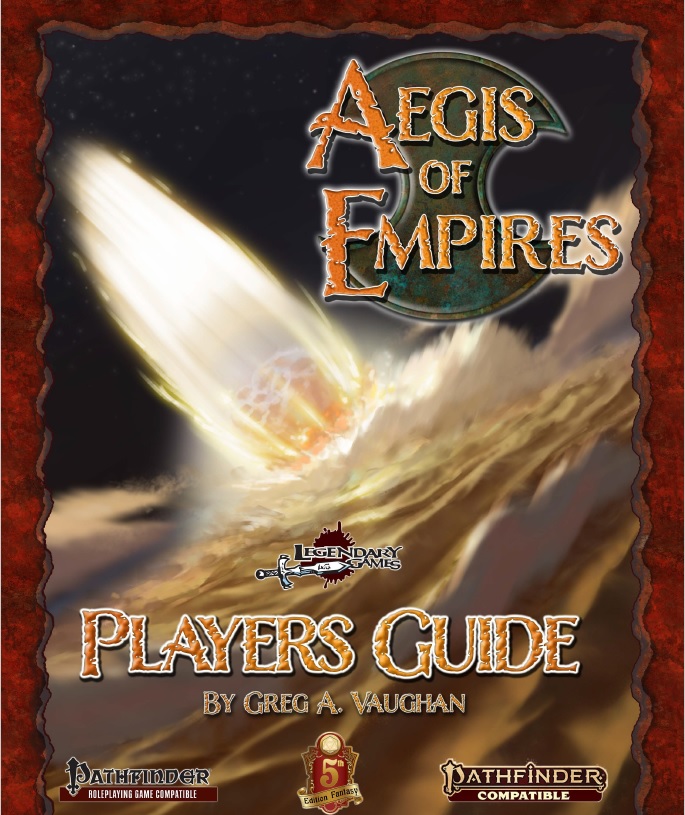 Coming soon in the following months, the rest of the adventure saga is on a fast train, with each adventure and their appendices full of new magic, monsters, equipment, player handouts, and more on the way: