War has been  brewing for over a year, and it is finally here! Now available exclusively through the Legendary Games webstore you can get your copy of Ultimate War! This product takes the mass combat rules from Pathfinder Roleplaying Game Ultimate Campaign and their huge expansion in Legendary Games’ Ultimate Battle (one of Endzeitgeist’s Top Ten Products for 2013) and the kingdom rules in our smash hit Ultimate Rulership (on Endzeitgeist’s Honorable Mention for 2013) and takes your war out to sea, up into the skies, into the ocean depths below, and throughout all manner of sieges. Warfare in a fantasy campaign is rarely just two bands of soldiers clashing on the ground, and this product will help take your fantasy battles to new heights!

Get it RIGHT NOW from Legendary Games in print and PDF, before it becomes available next week in wide release! 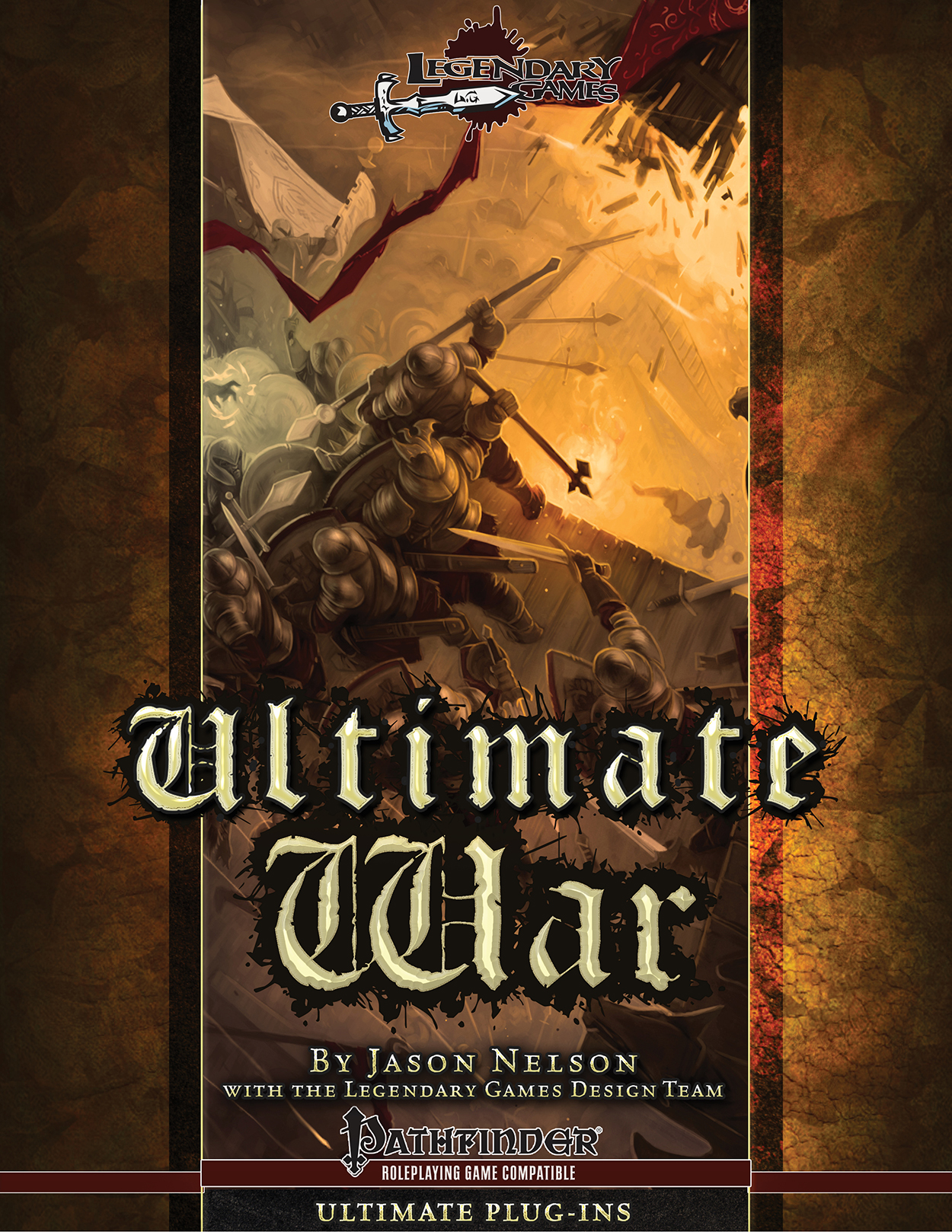