We thank everybody who contributed to our MYTHIC MANIA Kickstarter that ended in early June. It was a great success and we are getting our contributors organized and started on the vast pile ahead of us. Things have been a bit quiet here at Legendary Games as I’ve been winding up the school year and getting a lot of behind-the-scenes preparations in order, but things are about to bust out in a very big way.

Doing what you love, and loving what you do: For the last 3-1/2 years I’ve been teaching elementary school and just doing Legendary Games and my other freelance work in my spare time, but as of June 11th that is about to change. I am leaving my “day job” behind and taking the plunge to do game design and writing full time. I’ll miss the kids (though my son will still be at the same school, so I’ll see them as a parent; just not as a teacher), but they’ll be in good hands next year with the incoming staff.

Legendary Games has shown tremendous growth in the two years since I took over managing it, but there are only so many hours in the day and only so much work you can get done after everyone else has gone to bed or on your lunch break or on the weekend. There is still great potential for further growth and success, but that’s only going to happen if I can devote my full attention to making it happen. I’ll still be doing my other freelance and tutoring some students one on one, but henceforth I shall be Jason Nelson, full-time entrepreneur, designer, and man about town!

Last call on Mythic Mania: We have kept open the supplemental pledge pathway for MYTHIC MANIA since the Kickstarter’s official end. We will be closing the books this week, at midnight on Thursday 6/5, one month after the Kickstarter’s end. If you’d like to hop on board at Kickstarter prices, the time is now. Once this deadline passes, you’ll be waiting until things release during next year’s convention season.

Speaking of conventions – Legendary Games at GenCon and PaizoCon! As always, Legendary Games will be a prominent part of the PaizoCon festivities in Seattle on July 4-6, including the following sessions:

Our big event, of course, is our What’s New seminar, where we’ll be reviewing some of the past year but, more importantly, previewing a lot of what is coming, including hopefully unveiling cover art for the MYTHIC MANIA hardbacks and revealing more secrets about the forthcoming LEGENDARY PLANET project!

We will also be hosting a What’s New with Legendary Games event at GenCon this year, date and time TBD, featuring at least Jason Nelson, Neil Spicer, and Mike Shel, where we should have even more to show off. More details to come on that as GenCon approaches!

NEW PRODUCT AHOY! This week we will be releasing two products, the fantastic and fearsome Mythic Monsters: Dragons and the second exotic and exciting adventure in our Pirate AP Plug-Ins line, Islands of Plunder: Spices and Flesh! More to come on those very soon, but they are in final layout now and will be available once they’re ready to go. If you’re a subscriber to our free Myths and Legends newsletter you’ve already gotten the preview; if you’re not a subscriber, WHY NOT? It’s free! 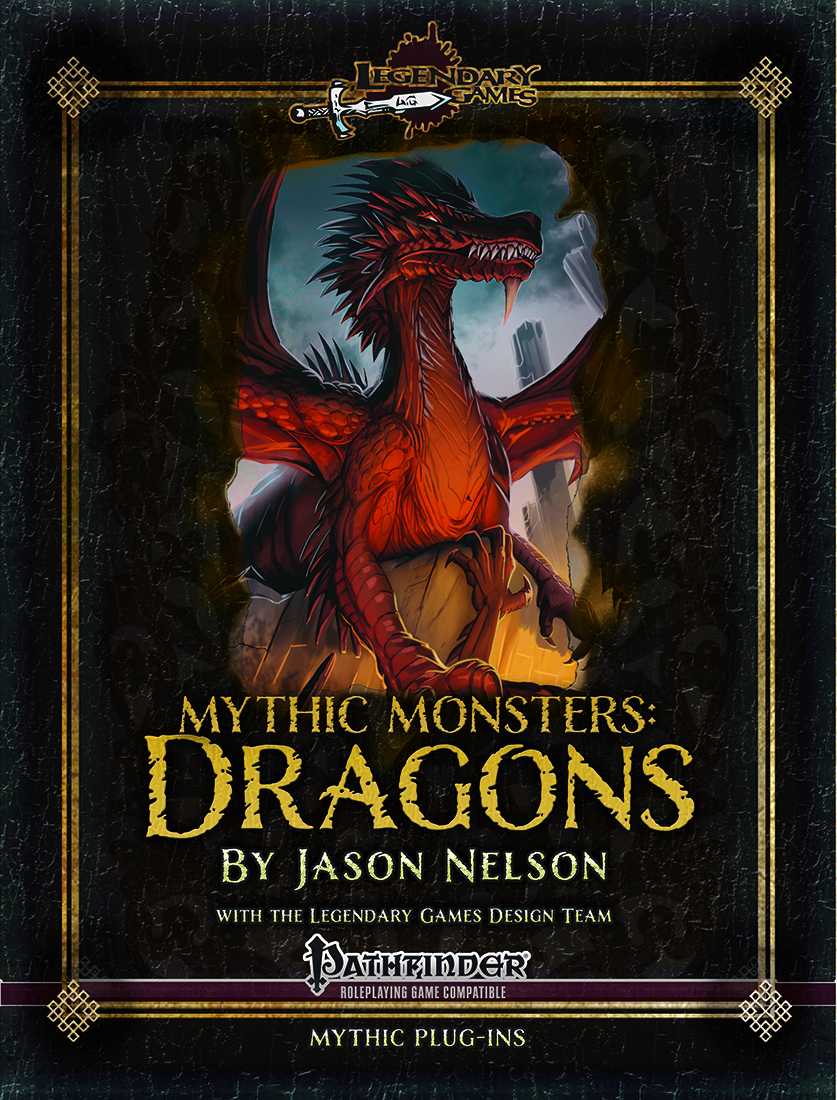 Definitely not a disco inferno!