From the very earliest mythic products Legendary Games produced, we always included supplemental rules for characters on top of the core content of those products. Sometimes these were new rule concepts like demon possession or mythic fungal hazards in the Mythic Monsters line, but just as often we included mythic feats and path abilities in products like Mythic Magic: Core Spells and Mythic Monsters: Mounts. More recently, we kicked off our weekly series of Mythic Minis, 1000+ words of brand-new or converted mythic content coming every week for just a buck, bringing path abilities for every mythic path and collections of feats around all manner of themes.

When we started developing our plan for this mythic Kickstarter, though, we knew we wanted to do more. We wanted to create a book that would do for feats, path abilities, class abilities, and the like what our Mythic Magic book would do for spells. We wanted conversions for EVERY feat in the core Paizo rules, plus brand-new mythic feats and abilities of our own, but for a product of this size we wanted a partner that had the expertise to help us knock this out of the park. We needed someone with talent. We needed someone with experience. We needed someone… with Genius.

One company could do an awesome job on its own, sure, but combine the powers of two and that is where you make it truly LEGENDARY, a work of true Genius. Since I took over running Legendary Games in 2012, Owen Stephens has always been free with advice, as a sounding board for ideas, and even just to share a laugh. He’s somebody I’ve worked with as a freelancer on a number of Pathfinder hardcovers and I’ve always admired his talents, but the synergy really kicked up a notch when Owen and company released  Mythic Options: The Missing Core Feats and followed it up with a collection of Bullet Points exploring mythic feats and mythic versions of class features. Like with Kobold Press and Mythic Magic, this seemed like a fantastic potential alliance, so I chatted up Owen about the idea, and after some very enthusiastic conversations I am delighted to announce that we will also be partnering in this Mythic March Mania Kickstarter with the great and powerful Owen Stephens and the crew at ROGUE GENIUS GAMES! We will be releasing the Mythic Manual jointly under both logos, including not only conversions of all the great Paizo feats and class abilities from every core hardback and those from other products besides, but also a broad array of brand-new mythic feats, path abilities, and supporting rules for mythic characters of every kind!

With all of these books, how far we get towards those goals depend on you. If the Kickstarter goes as expected, this will be the definitive tome of the building blocks of mythic characters. If you even think about using the mythic rules in your campaign, this is it with a bullet. 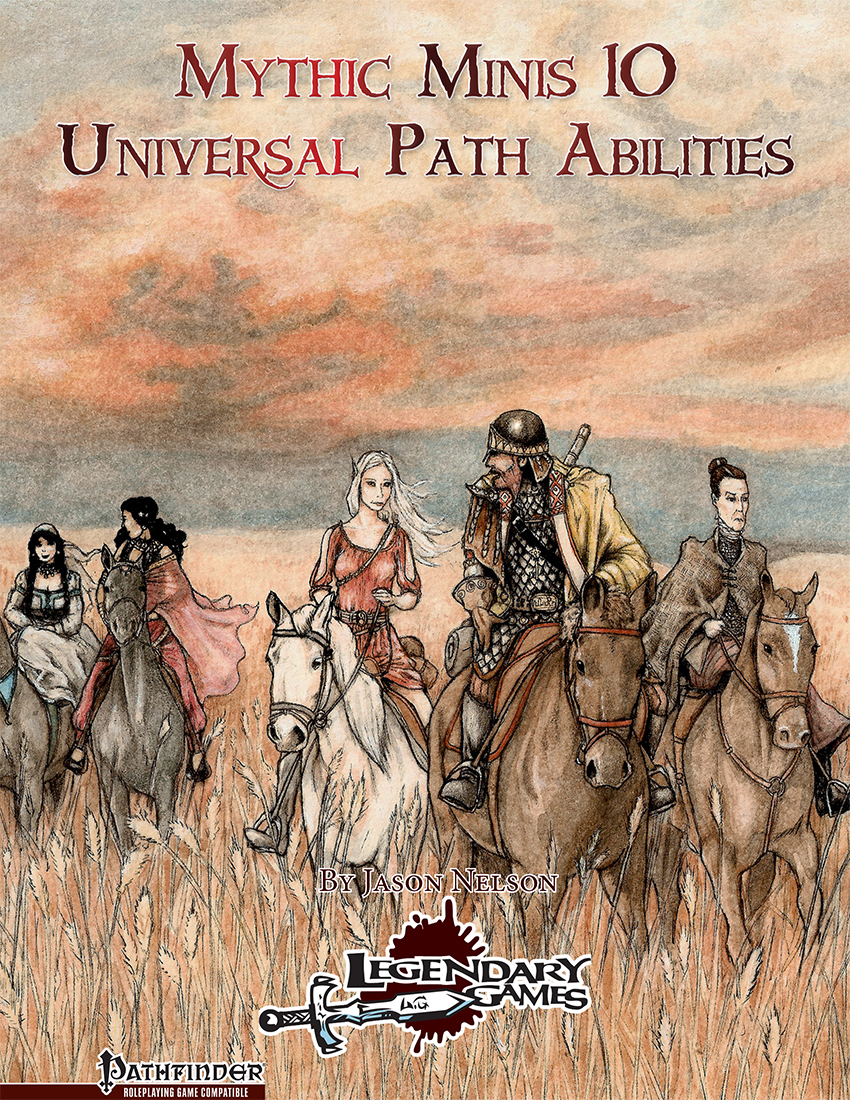