Swiftly on the heels of the arrival of the Imperial Heroes, who is that we see ‘pon yonder hillock, marching steadily onward sword in hand? Conquering Heroes, of course! Once again penned by that mighty scribe, Superstar Neil Spicer, and with the spectacular artistic stylings of Hugo Solis, the Butterfrog himself, Conquering Heroes reunites the artistic team that brought you the original hit product that started it all: Gothic Heroes. Same great characters. Same great stories. Same great portraiture. Same great production values. You want a foretaste of the feast to come? Well, that’s what this preview is all about. Let’s introduce our first conquering hero, just right for use in your own Kings and Kingdoms Adventure Path, or for any campaign featuring blazing trails, taming the wilderness, and carving out a path to rulership. 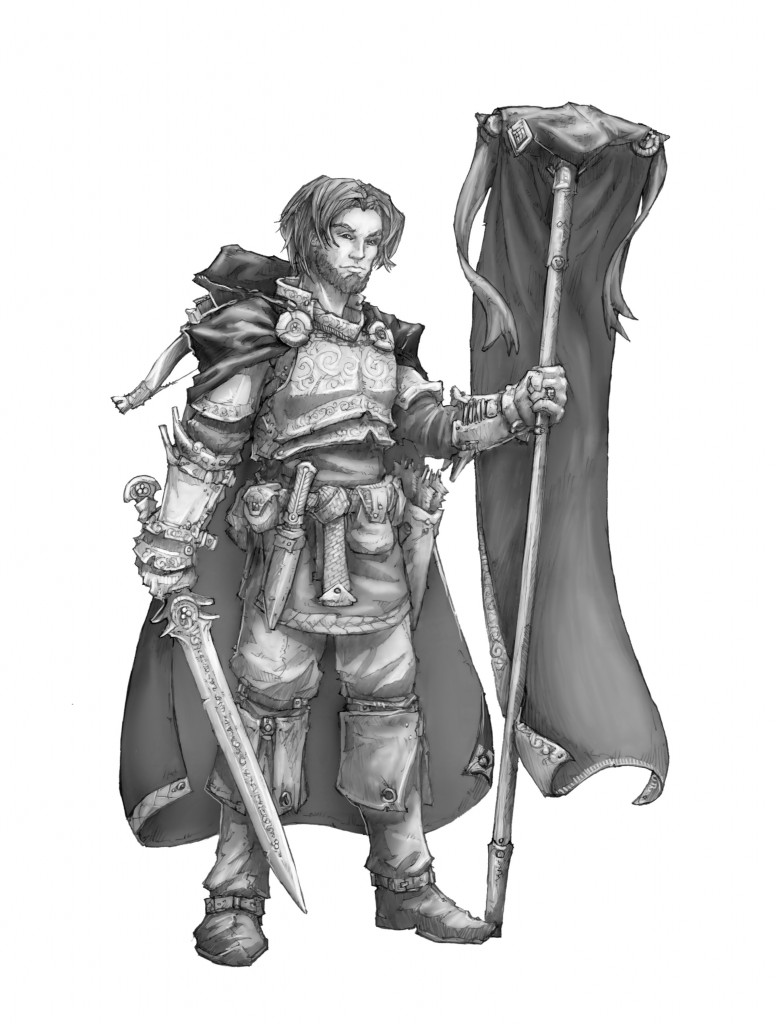 Pyotr brings a youthful optimism to most situations, but tempers it with a firm determination to make his dreams a reality. He’d like nothing more than to establish his own kingdom in the Lost Lands, simultaneously garnering glory for himself while recovering the holdings which once belonged to his great, great grandfather. Pyotr makes no secret of his intention to follow in his idol’s footsteps, and takes great pride in sharing the stories of his bloodline with any who’ll listen. Naturally charismatic, he shines in diplomatic matters, always conducting himself with civility, honor, and fairness. At the same time, he brooks no evil-doing from those he encounters, recognizing his duty to bring justice to a lawless frontier.

Check back on Monday for another fantastic preview from your friends at Legendary Games… as well as the release of our next Gothic Grimoire!